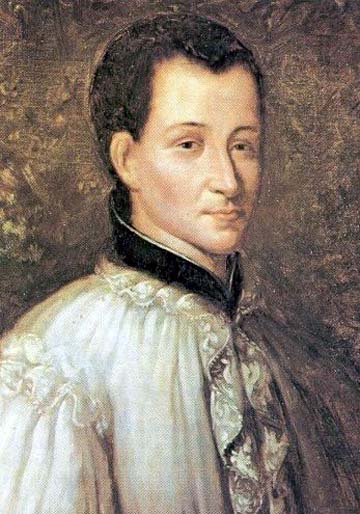 Missionary and ascetical writer, born of noble parentage at Saint-Symphorien-d’Ozon, between Lyons and Vienne, in 1641; died at Paray-le-Monial, 15 Feb., 1682. He entered the Society of Jesus in 1659. After fifteen years of religious life he made a vow, as a means of attaining the utmost possible perfection, to observe faithfully the rule and constitutions of his order under penalty of sin. Those who lived with him attested that this vow was kept with great exactitude. In 1674 Father de la Colombière was made superior at the Jesuit house at Paray-le-Monial, where he became the spiritual director of Blessed Margaret Mary and was thereafter a zealous apostle of the devotion to the Sacred Heart of Jesus. 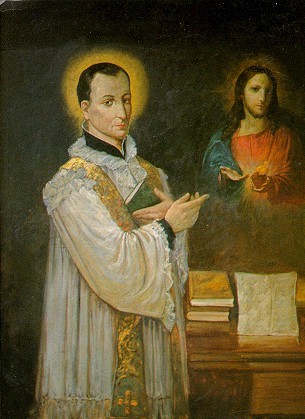 In 1676 he was sent to England as preacher to the Duchess of York, afterwards Queen of Great Britain. He lived the life of a religious even in the Court of St. James and was as active a missionary in England as he had been in France. Although encountering many difficulties, he was able to guide Blessed Margaret Mary by letter. His zeal soon weakened his vitality and a throat and lung trouble seemed to threaten his work as a preacher. While awaiting his recall to France he was suddenly arrested and thrown into prison, denounced as a conspirator. Thanks to his title of preacher to the Duchess of York and to the protection of Louis XIV, whose subject he was, he escaped death but was condemned to exile (1679). The last two years of his life were spent at Lyons where he was spiritual director to the young Jesuits, and at Paray-le-Monial, whither he repaired for his health. His principal works, including “Pious Reflections”, “Meditations on the Passion”, “Retreat and Spiritual Letters”, were published under the title, “Oeuvres du R. P. Claude de la Colombière” (Avignon, 1832; Paris, 1864). His relics are preserved in the monastery of the Visitation nuns at Paray-le-Monial.