Death is preferable to the telling of a lie 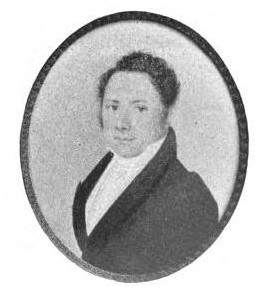 Jean Mathias Loras who was guillotined at Lyons, November 9, 1793.

The days of revolution and schism were bearing heavily upon France, and the head of the Loras family had occasion to show of what stern stuff he was made. John Mathias Loras, the father of the future bishop [Bishop Loras, first bishop of Dubuque, Iowa], was imprisoned for loyalty to social order and religious unity.

In vain his wife, accompanied by her eleven children, holding by the hand the youngest of them, Mathias, knelt before the chief agent of the revolution in Lyons, to implore mercy for the protector of her little ones; she could not stay the hand eager to slay. 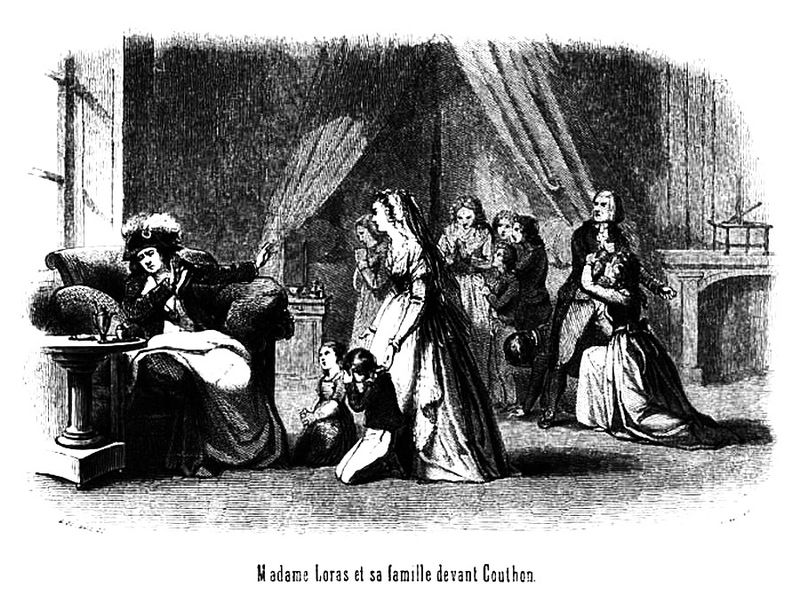 Madame Loras, with her 11 children, imploring Couthon to release her husband.

The mockery of a trial was granted to him. As Monsieur Loras was led before the judge, friends advised that, in his replies, he should in some degree explain away his past acts and dissemble the motives which had inspired them. “What,” he quickly answered, “tell a lie to save my life? Never!” Shortly before he was led to the scaffold he was asked, as was the custom, whether he desired any favor that might in the circumstances be granted to him. “Yes,” he said, “I desire to see my pastor, the parish priest of the Church of St. Paul.” The priest was hurriedly called. The intrepid Loras spoke aloud: “Sir, you have given your adhesion to the schism now desolating France. I know, however, that to those in danger of death any priest may give absolution; I wish, therefore, to make my confession to you, but, I pray you, understand that I have no part with you in your schism.”

A brother of John Mathias Loras followed him within a few days to the fatal guillotine because he, too, had upheld order and religion. Two sisters of Madame Loras died martyrs, their ” crime” being that they had concealed in their home faithful priests who would not submit to the schism imposed upon the country by the revolutionary government. Our future bishop sprang, indeed, front a race of saints and martyrs.

After the death of Monsieur Loras the family possessions, which had been considerable, were confiscated, and Madame Loras was left without fortune and without helpmate to rear and educate her large family. 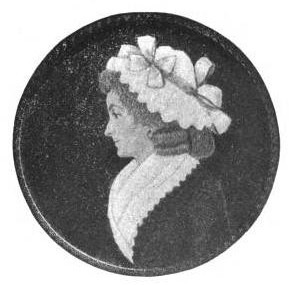 Short Stories on Honor, Chivalry, and the World of Nobility—no.