This saint always said: “Time is not our own, and we must give a strict account of it.” 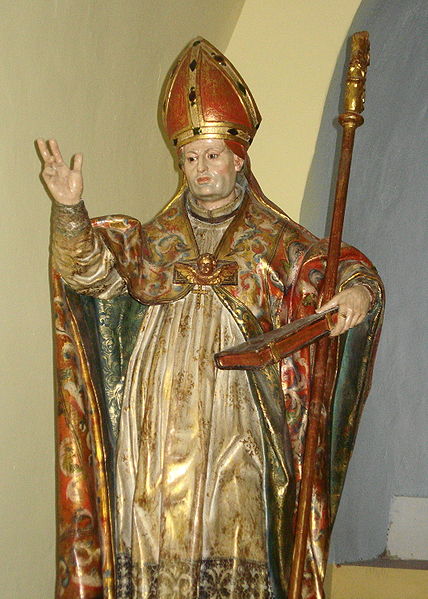 Archbishop of Lima; b. at Mayorga, León, Spain, 1538; d. near Lima Peru, 23 March 1606. Of noble family and highly educated, he was professor of laws at the University of Salamanca, where his learning and virtue led to his appointment as Grand Inquisitor of Spain by Philip II and, though not of ecclesiastical rank, to his subsequent selection for the Archbishopric of Peru.

He received Holy Orders in 1578 and two years later was consecrated bishop. He arrived at Payta, Peru, 600 miles from Lima, on 24 May, 1581. He began his mission work by traveling to Lima on foot, baptizing and teaching the natives. 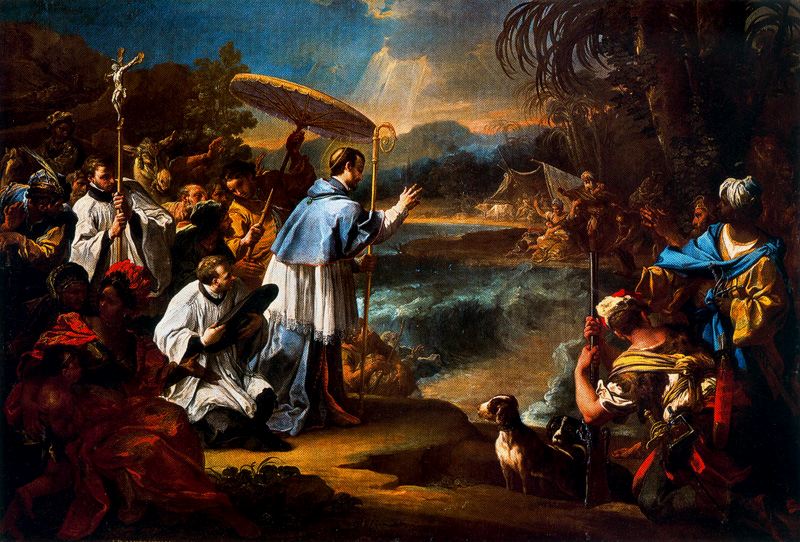 His favorite topic being: “Time is not our own, and we must give a strict account of it.” Three times he traversed the eighteen thousand miles of his diocese, generally on foot, defenseless and often alone; exposed to tempests, torrents, deserts, wild beasts, tropical heat, fevers, and savage tribes; baptizing and confirming nearly one half million souls, among them St. Rose of Lima, St. Francis Solano, Blessed Martin of Porres, and Blessed Masias. He built roads, school houses, and chapels innumerable, and many hospitals and convents, and founded the first American Seminary at Lima in 1591. He assembled thirteen diocesan synods and three provincial councils. Years before he died, he predicted the day and hour of his death. 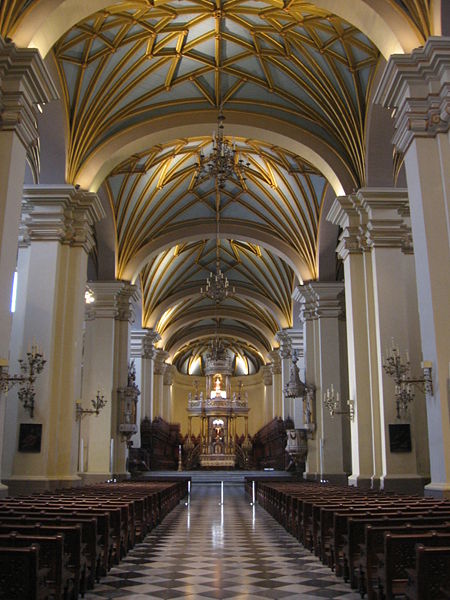 The interior of the Cathedral in Lima, Peru

At Pacasmayo he contracted fever, but continued laboring to the last, arriving at Sana in a dying condition. Dragging himself to the sanctuary he received the Viaticum, expiring shortly after. He was beatified by Innocent XI in 1697 and canonized by Benedict XIII in 1726. His feast is celebrated on 27 April.