Celebrate Our Lady’s birthday Sept. 8th – Learn all about her ancestry

St. Luke (2:4) says that St. Joseph went from Nazareth to Bethlehem to be enrolled, “because he was of the house and family of David”. As if to exclude all doubt concerning the Davidic descent of Mary, the Evangelist (1:32, 69) states that the Child born of Mary without the intervention of man shall be given “the throne of David His father”, and that the Lord God has “raised up a horn of salvation to us in the house of David his servant”. [1] 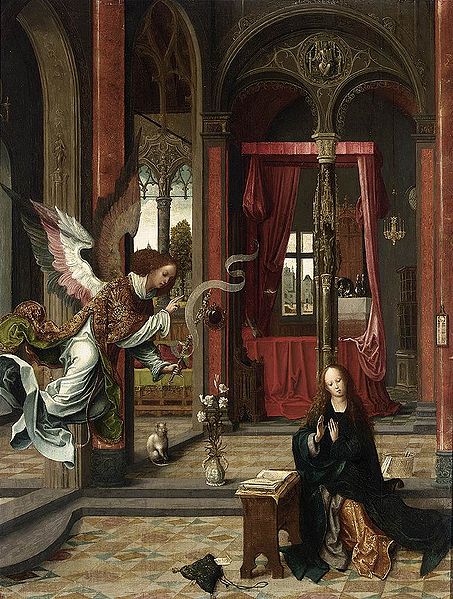 St. Paul too testifies that Jesus Christ “was made to him [God] of the seed of David, according to the flesh” (Romans 1:3). If Mary were not of Davidic descent, her Son conceived by the Holy Ghost could not be said to be “of the seed of David”. Hence commentators tell us that in the text “in the sixth month the angel Gabriel was sent from God…to a virgin espoused to a man whose name was Joseph, of the house of David” (Luke 1:26-27); the last clause “of the house of David” does not refer to Joseph, but to the virgin who is the principal person in the narrative; thus we have a direct inspired testimony to Mary’s Davidic descent. [2] 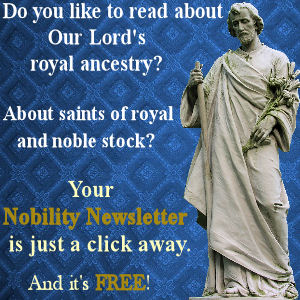 
Our Lord Jesus Christ was a prince from the House of David. True, he toiled as a cabinet maker in Nazareth, but, as the Popes remind us, God willed this so that in His Person, Our Lord would unite the two extremes of the social spectrum, the most exalted and the most humble.

Our Lord is the paradigm for the harmony and cohesion that should exist between social classes. The calm and tranquility emanating from His Divine Person should permeate society as well. He is order and peace.
This social harmony could not be more contrary to the Marxist view of perpetual class warfare.