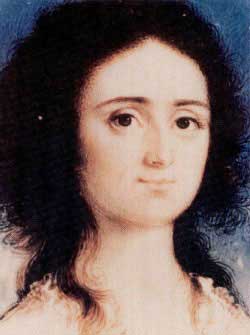 Elizabeth Ann Bayley Seton is America’s first beatified and canonized saint. The second child of a socially prominent New York City family, she was born on August 28, 1774, two years before the Declaration of Independence. By birth and marriage she was linked to the most illustrious families of New York.

She lost her mother and sister early in life, and her father, Dr. Richard Bayley remarried. From both her mother and step-mother, staunch Episcopalians, Elizabeth learned a love of Scripture and the value of prayer. From her father, a great humanitarian, she learned to serve others.

On January 25, 1794 the nineteen-year-old belle of New York married a handsome, wealthy business man, William Magee Seton. The couple had five children before his finances faltered and international political upheaval and tragic business losses combined to lead to William Seton’s bankruptcy. Plagued by tuberculosis for most of their married life, in the fall of 1803, William, accompanied by his wife and eldest daughter, sought some relief for his illness in the warmer climate of Italy, where he had business friends. Quarantined for a month by the Italian port authorities, who feared he had yellow fever, William Seton died of tuberculosis on December 27 leaving Elizabeth a penniless widow at the age of thirty. 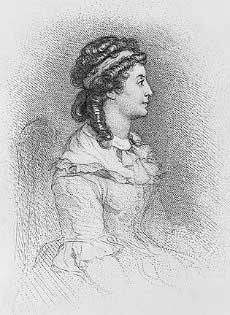 While staying with her husband’s business partner’s family in Italy, Elizabeth was introduced to the Catholic Faith and closely observed the Filicchi family’s religious practices within the intimacy of their family home. She was especially attracted to the Holy Eucharist, the Blessed Virgin Mary, and the fact that the apostolic succession could be traced back to the apostles and to Christ. Imperceptibly drawn to all that she witnessed first hand, she here began a process of conversion that ultimately led to her being received into the Catholic Church by the pastor of St. Peter’s Roman Catholic Church in New York City on March 14, 1805.

At the invitation of the Bishop of Baltimore and to support her children, she opened a school that, from the very beginning, followed the lines of a religious establishment. Following some difficult years of trials and struggles, in 1809 Elizabeth moved to Emmitsburg, Maryland where she founded the first religious order for women in America, the Sisters of Charity. From this time on, she was to become known as "Mother Seton".

The many letters of Mother Seton reveal her progress in the spiritual life. She suffered great trials: sickness, the death of two daughters, misunderstandings, and the heartache of a wayward son, but persevered through it all advancing from ordinary virtue to heroic sanctity.

Mother Seton died on January 4, 1821, by which day her congregation numbered twenty communities across America.  Cardinal Gibbons, successor to her nephew Archbishop James R. Bayley of Baltimore, introduced her cause in 1907. She was canonized in 1975.
Posted by America Needs Fatima at 5:07 PM