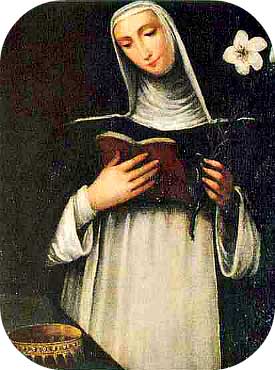 Margaret of Hungary was the daughter of King Bela IV, a champion of Christendom, and Maria Laskarina, a pious Byzantine princess. Bella IV being the brother of St. Elizabeth of Hungary, Margaret was the saintly Queen of Hungary’s blood niece.

King Bela and his queen, worried about an impeding Tartar invasion, vowed to dedicate to God the child they were expecting. Bela was victorious over the Tartars, and little Margaret was taken to the Dominican monastery at Vezprem at the age of three.

The child thrived in her new surroundings. By age four she had memorized the Little Office of the Blessed Virgin Mary. At age ten she was moved to a convent built for her by her father on an island – today named Margaret Island – on the Danube near Buda and there she professed her vows at age twelve.

King Ottokar II of Bohemia having seen Margaret at eighteen years of age, ignoring her religious habit, sought her in marriage. A dispensation would have been possible in this case, and King Bela seemed to favor the prospect for political reasons. Yet, Margaret adamantly refused declaring she would have no other bridegroom than Jesus Christ, and would rather cut off her nose and lips.

Margaret’s was a life of astounding penance, prayer and charity toward the poor. To avoid preferential treatment in the convent because of her royal rank, she sought the most menial tasks to the point that a maid once said that she was humbler than a servant. 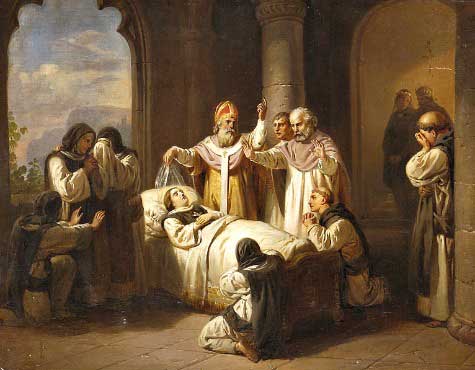 Her body worn out by the fatigue of long hours of labor, fasting and prayer, Margaret died at the age of twenty-eight on January 18, 1270. The virtuous princess was universally venerated as a saint from the time of her death.
Posted by America Needs Fatima at 10:41 AM