Sts. Chaeremon, Ischyrion and other Martyrs 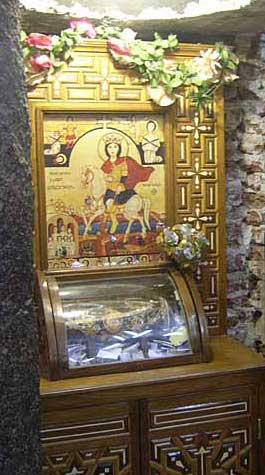 In his letter to Fabian, the Bishop of Antioch, St. Dionysius of Alexandria speaks of Christians who suffered martyrdom under the Emperor Decius. Many were driven to flee into the desert where they suffered hunger, exposure, and died prey to either wild beasts, or at the hand of men just as wild. A good number were also sold into slavery.

St. Dionysius particularly mentions a very old man, the Bishop of Nilopolis, by name of Chaeremon who, with a companion, disappeared into the mountains of Arabia. Though a search was carried out, not even their bodies were found.

In the same letter St. Dionysius also mentions the name of Ischyrion, the procurator of a magistrate of Egypt. When ordered by the Egyptian official to sacrifice to the idols, Ischyrion refused so steadfastly that neither abuse nor threats could make him change his mind. The enraged magistrate then had him mutilated and impaled.

Photo by: Roland Unger
Posted by America Needs Fatima at 10:39 AM