Solemnity of Mary Mother of God 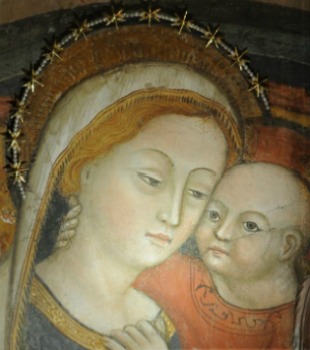 The Solemnity of Mary, Mother of God is an ancient feast first celebrated in the East before it was in the West. By the 7th century this feast was already celebrated in Rome. In the 13th and 14th centuries the feast of the Circumcision of Christ replaced the Marian feast and was expanded to the whole Roman Catholic Church when, in 1570, Pope St. Pius V promulgated the Roman Missal.

The title of “Mary Mother of God”, in Greek “Theotokus”, was defended and defined by the Council of Ephesus in 431 A.D. against the heresy of Nestorian.

Nestorius, Bishop of Constantinople, refuted the title of “Theotokus” claiming that Christ had two loosely united natures, and therefore, Mary was only the mother of the human part of Him.

Catholic Theologians rejected this claim, and defined that Christ indeed has two natures, a divine nature and a human nature definitely united in one divine person, and since Christ’s two natures form one single person, Mary is the mother of the whole person of Christ.

Therefore, Mary can be properly called “Mother of God”, not in the sense that she came before God or is the source of God, but in the sense that the Person that she bore in her womb is indeed true God and true man.
Posted by America Needs Fatima at 8:51 AM