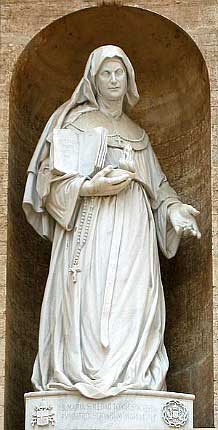 At first Emanuela thought of joining the Dominicans whose convent she frequented, but her request was turned down due to poor health and she decided to wait for a clearer direction to her life.

This direction came through Madrid’s Vicar, Fr. Miguel Martinez y Sanz worried about the state of the sick in his parish. He gathered seven women into a religious community devoted to their service. Emanuela was among these first "handmaids" and took the name Maria Soledad – “Solitude”, a Spanish title for the Sorrowful Mother.

Five years later Fr. Miguel took half of the community to make another foundation, leaving Mary Soledad as superior in Madrid.  After dealing with difficulties that threatened the dissolution of the group, Mother Soledad was able to secure the support of Fr. Gabino Sanchez and the queen. At this time, the community was named Handmaids of Mary Serving the Sick.

After becoming involved with the care of young delinquents, the community received ecclesiastical approval. During the cholera outbreak of 1865, their dedicated service won the love and respect of all.

Again there were difficulties and, victim of slander, Mother Soledad was removed as superior only to be reinstated after an investigation. After several of the sisters left the community, the Handmaids grew in number and in 1875 began a ministry in Havana, Cuba. The new institute received papal approval in 1876 and the community spread throughout Spain opening houses and hospitals. 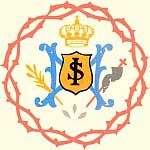 After governing the Handmaids for thirty-five years, Mother Soledad died of pneumonia on January 18, 1893. At the time of her death, there were forty-six houses of the congregation spread throughout Europe and Latin America.

In 1896, at the first exhumation of her body, required during the process of canonization, it was still intact and exuded a sweet fragrance. A few years later, however, only bones remained.

In the United States the congregation is known as the Sisters Servants of Mary, Ministers of the Sick. They have six communities still involved in home health care.
Posted by America Needs Fatima at 10:13 AM