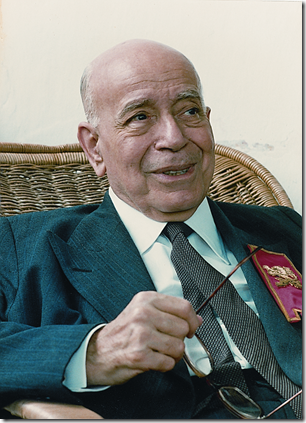 Perhaps the limpid rigidity of this attitude was never manifested with greater consistency and strength than in the famous decree of 1949, approved by Pius XII, in which the Holy Office declared excommunicates and apostates from the Catholic Faith all those who profess, defend or spread communist doctrine.

IN A world wide report by the Ansa News Agency also published by several Roman dailies, "comrade" Alessandro Natta, the new Secretary General of the Italian Communist Party affirmed, in an interview requested by Vatican Radio, that he did not see the Catholic Faith as an "obstacle," but on the contrary, a "possible point of support" for the "perspectives" that, in his judgment, the Italian Communist Party (PCI) and the Catholic Church have in common.

These perspectives are: "the liberation of man and the peoples, the affirmation of the values of peace and morality in their highest sense" (Il Messaggero, Rome, 6-30-84).

On that occasion, the interviewer ap­pointed by Vatican Radio asked Natta if "something new will arise in the relations between the PCI and the Catholic world."

The answer of the Italian politician was evasive, but not devoid of significance: "It would be timely and just to follow the inspiration that began long ago, with Gramsci and Togliatti, and to which Enrico Berlinguer made a contribution that I consider extraordinary."

Now, the three leaders that Natta mentioned fought ardently right inside the Party for the renovation of its line of conduct toward the Church. The traditional attitude of the PCI in this matter used to be one of total confrontation, that is, a fight of all communists against the Church as the result of a total disagreement in thought, goals and methods.

The position of the Church was analogous. She spoke out with total condemnation of communist doctrine, prohibiting all Catholics from reading (without proper authorization) communist books and from joining communist parties, and from giving any kind of support to the continuation or expansion of communist publications.

Perhaps the limpid rigidity of this attitude was never manifested with greater consistency and strength than in the famous decree of 1949, approved by Pius XII, in which the Holy Office declared excommunicates and apostates from the Catholic Faith all those who profess, defend or spread communist doctrine.

Nevertheless, even before John XXIII, in both Catholic and communist ranks a simultaneous and parallel underground work of "softening" had been going on for a long time. And, let it be well under­stood, with exclusive advantage to the communists. While the Catholic "softening" gained in strength and expression especially in France (Mounier, Maritain, worker priests, etc. all backed up more or less implicitly by strictly religious progressivism, Genebra, Taize, etc.) and from there radiated over the whole world, it was in the PCI that the communist "softening" was defined with greater vigor and precision.

The great ideologue of this "softening" was Gramsci. Its most recent promoter was Berlinguer. When the latter died recently, Alessandro Natta succeeded him. And behold that right from the first steps of this new pontiff of atheism the way has been opened for him to radiate all over the world his act of "faith" in the serpentine policy of Gram­scian "softening."

That is, the Gramscian lullaby of a Catholic-communist rapprochement was just given prestige before the faithful in an unheard of way by being broadcast on the Radio which is basically, to say the least, the semi-official spokesman of the successive Vicars of Christ on Earth.

It thus found a means of reaching listeners it would otherwise never reach, predisposing them to acquiesce due to the unparalleled religious prestige of Vatican Radio. Oh, if Gramsci, if Togliatti, if Berlinguer had had such an opportunity of making propaganda, how this alone would have made them celebrated in the sinister annals of international communism!

And what a bomb, what a terrible bomb, is Natta's interview in the Catholic camp! Yes, a bomb whose repercussions will resound until the end of time...

What was Vatican Radio's commen­tary on this unheard of fact? Our hearts rise up to Heaven, imploring from it a protest of holy indignation to explain with what heretofore unthinkable plots international communism could have set such a "record" of efficiency for its fallacious propaganda. Yes, a protest that would also enunciate a renewed condemnation of communism by the Holy See, in order to protect so many hundreds of millions of faithful listeners against the effects of the ruse.

What happened in reality? Ironically, the "bomb" exploded precisely on the feast of St. Peter and St. Paul, June 29. On the thirtieth it was reported in the newspapers. The "Avvenire," the semiofficial publication of the Italian episcopate, published a concise report of it, unaccompanied by commentaries.

The "Osservatore Romano," the semi-official organ of the Holy See, has kept complete silence... Until when? Every day when I wake up, I ask myself, before reading the papers, if the Vatican has finally published its protest. And until now the only answer I get, that the faithful and Christendom get, is silence. Will this last until just before this article comes out? If so, as soon as the Vatican protest is released, I will alter my article in order to share the joy of that good news with my readers.

But until that happens — or if it does not happen — what will I do? Saddened, but unconditionally faithful, more than ever will I believe in the Holy Roman Catholic and Apostolic Church. More than ever will I love Her. So many other Catholics scattered throughout the world will do the same as I. May Our Lady help us to carry this faith and love to the very heights of intensity precisely at such a sad hour.

I am certain that the irreducible fidelity of those who do so will constitute, in the eyes of God, a counter-offensive stronger and more glorious than the out­rage that He suffered, with the momen­tary and blasphemous victory in which Alessandro Natta first appeared to the world, was hideous.

Irreducibility of faith and love of God will thus conquer the cunning of revolutionary hatred.