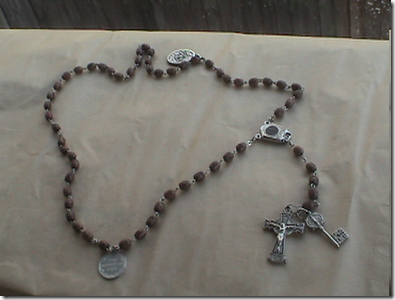 “Whatever you do, do not be like a certain pious but stubborn lady in Rome, so often mentioned when speaking about the Rosary.

She was so devout and so fervent that she put to shame by her holy life even the strictest religious in the Church.

“Having decided to ask Saint Dominic’s advice about her spiritual life, she asked him to hear her confession.

For penance he gave her one whole Rosary to say and advised her
to say it every day. She said that she had no time to say it,  excusing herself on the grounds that she made the Stations
of Rome every day, that she wore sackcloth and a hair shirt, that she carried out so many other penances and fasted so much. 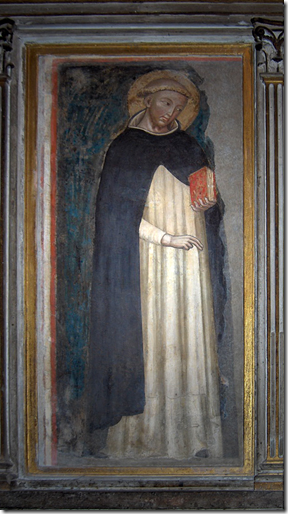 Saint Dominic urged her repeatedly to take his advice and say the Rosary, but she would not hear of it. She left the confessional,
horrified at the tactics of this new spiritual director who had tried so hard to persuade her to take on a devotion that was not at all to her liking. 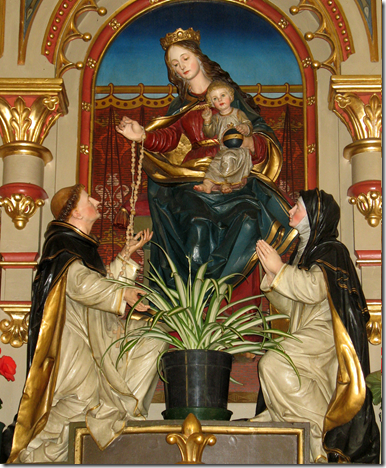 “Filled with terror she cried for mercy, imploring the Blessed Virgin Mary’s help. Her gracious Advocate took the one and only
Rosary that she had said for her penance and dropped it onto the tray of her good works. This one Rosary was so heavy that it weighed more than all her sins as well as all her good works. Our Lady then reproved her for refusing to follow the counsel of her servant Dominic and for not saying the Rosary every day.

“As soon as she came to she rushed and threw herself at Saint Dominic’s feet, and told him all that had happened. She begged his forgiveness for her unbelief and promised to say the Rosary faithfully every day. By this means she arose to Christian perfection and finally to the glory of everlasting
life.

“You who are people of prayer— learn from this how tremendous is the power, the value and the importance of this devotion of the Most Holy Rosary when it is said together with meditation on the mysteries.”