Our Lady shed tears at the foot of the Cross, how could she not shed tears contemplating the Passion of Holy Mother Church today?

Our Lady cries when she sees how secularism has declared open war on the Catholic Church and Christian morals in our nation.
We see this in the increasing expulsion of the Faith from the public square in America. It is found in the efforts of activist judges and opportunistic legislators who are placing marriage and same-sex unions on the same footing.

We see this in the many new appointments of notoriously “pro-choice” officials who favor abortion on demand and American funding of this “slaughter of innocents” in foreign countries.

Our Lady Cries Seeing the Church Under Attack 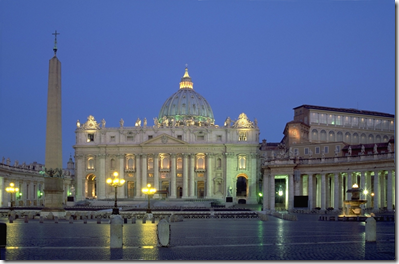 Our Lady cries seeing the recent uproar in America and around the world over Pope Benedict XVI’s statement against the use of condoms as a means of AIDS prevention. The Church was subjected to a media lynching although the Pope only reaffirmed Catholic doctrine and pointed out the inefficacy of condom distribution in the epidemiological battle against AIDS.

Although renowned scientific authorities said the Pope had it right even from an epidemiological perspective,[1] the clamor against the Church continues, echoing another from 2,000 years ago: “Crucify Him! Crucify Him!” The Belgian Parliament passed a resolution demanding that the Government officially criticize the Pope for his statement. The Spanish Parliament is discussing a similar resolution, and, although unsuccessful, efforts were made to obtain a similar condemnation from the European Parliament.

We are seeing civil authorities and international organizations arrogating to themselves the office of judge over what the Vicar of Christ can or cannot do or say in matters of Faith and Morals. This is a telltale sign of the advance of the most radical Jacobin brand of secularism.

However, Our Lady cries most for the faithful who fail to do their Catholic duty and even take positions contrary to the moral law laid down by Our Lord Jesus Christ. Well-known Catholic politicians and leaders have been taking attitudes that are blatantly opposed to Church teaching, thus favoring the enemies of the Church. These place themselves, perhaps unwittingly, on the side of the adversaries of Religion in this Cultural War between secularism and the Faith; a war that would be mortal if one of the contenders, the Church, were not immortal.

Unfortunately, the list of scandals caused by Catholic persons and institutions is long. This is especially true in Catholic academia where numerous colleges and universities honor pro-abortion politicians and host pornographic and/or homosexual films, plays or programs.

We Protest the Liberal Catholic Dalliance with Militant Secularism

That is why we are protesting today; because one of these honors is being given to a politician who, over the course of his career, has supported numerous pro-abortion initiatives.

We are not protesting against inviting the President of the United States to give the commencement speech at a Catholic university or granting him an honorary law degree. This has been done before. Such honors and respect are proportional to the office of President.

Our protest is against the inviting of and bestowing honors upon a politician openly and consistently favorable to abortion. Such behavior is shameful for a Catholic institution.

Relativism Is Incompatible with the True Catholic Position

Catholic liberals argue, however, that the invitation is extended because of the office, not because of the pro-abortion record. They would separate the man and the office. This relativistic distinction makes the giving of the honor somewhat ambiguous, and thus morally justifiable in their eyes.

However, a university born under the sign of the Cross and placed under the patronage of the Mother of God cannot favor ambiguity. He who died on that Cross was crystal clear in condemning ambiguity: “But let your speech be yea, yea: no, no: and that which is over and above these, is of evil.” (Matt. 5:37)

Our Protest is Also Reparation

We do our part and offer her our public reparation for the nation’s collective sin of legalized abortion.

We uphold the natural moral law that condemns abortion while protesting that an honorary Doctor of Law degree is being given to one who denies this moral law.

Legal and Peaceful Protest and Reparation

We do this in a peaceful and legal manner as we have done for decades. Our protest, prayer and witness is part of the great reaction that has turned abortion and the defense of traditional marriage into burning moral issues. It has encouraged Catholics of all ages to show courage in proudly defending their Faith before an increasingly militant secularist society.

We especially acknowledge with great joy the over 70 bishops across the nation who have condemned Notre Dame University’s decision to invite and honor an abortionist politician.

For Her Children Are No More

“A voice in Rama was heard, lamentation and great mourning; Rachel bewailing her children, and she would not be comforted, because they are no more.” (Matt. 2:18)

Like Rachel, Our Lady cries for the millions of abortion victims killed in the “slaughter of innocents.”

However, we can console her with our prayers, penances and, above all, our continued struggle—a doctrinal, peaceful, legal, and persevering struggle. 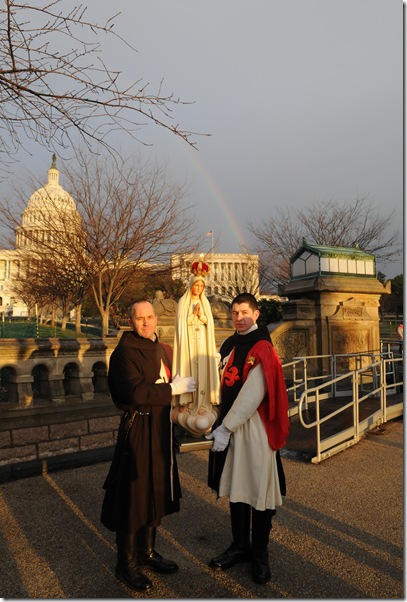 We can do this without fear or trembling, because we have an absolute certainty of Our Lady's victory, since she promised at Fatima that "finally, My Immaculate Heart will triumph!"

Posted by Robert Ritchie at 2:33 PM