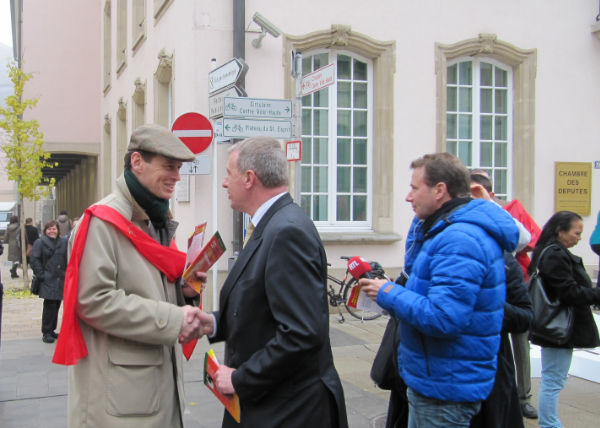 LUXEMBOURG, November 23, 2012 (LifeSiteNews.com) – The tiny principality of Luxembourg has adopted abortion on demand in a vote yesterday of 39 to 21 in the Chamber of Deputies.

The bill’s promoters in the Chamber of Deputies of the Grand Duchy of Luxembourg said that the relaxation of the law will provide “punishment-free termination” and the “self-determination of women.” It was also intended to bring the country into line with the demands of the Council of Europe to “decriminalize abortion” and “to provide barrier-free access to a legal abortion.” 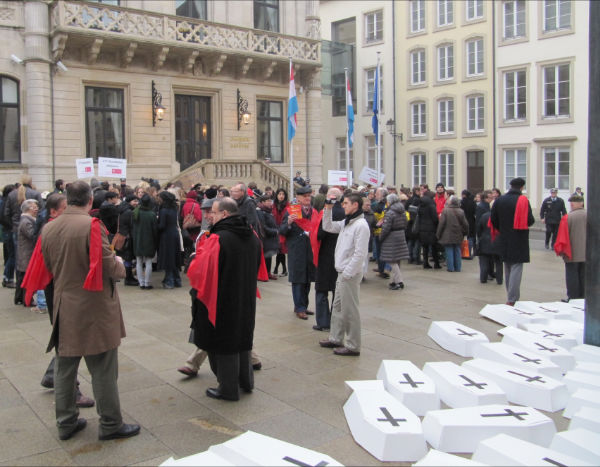 Pro-life groups demonstrated outside the Chamber of Deputies in Luxembourg, with small white coffins representing the children already killed in the principality by abortion.

The new law allows a pregnant woman to have an abortion merely by declaring that the pregnancy is creating a situation of “distress.” Minor girls may abort their children without parental consent or knowledge, but the girl must be accompanied by a “trusted” adult.

Pro-life groups demonstrated outside the Chamber on Thursday as the vote was taken. The Fédération Pro Europa Christiana, based in Brussels, was joined by other European life rights groups including SOS LIVE from Germany. The pro-life groups were met with resistance from pro-abortion counter-demonstrators who attacked and damaged some of the small white coffins meant to represent the children already killed in the principality by abortion.

The leader of the Fédération, Paul, Duke of Oldenburg, said, “The behavior of abortion activists shows that they have a guilty conscience. They know that this is about the lives of unborn children.” 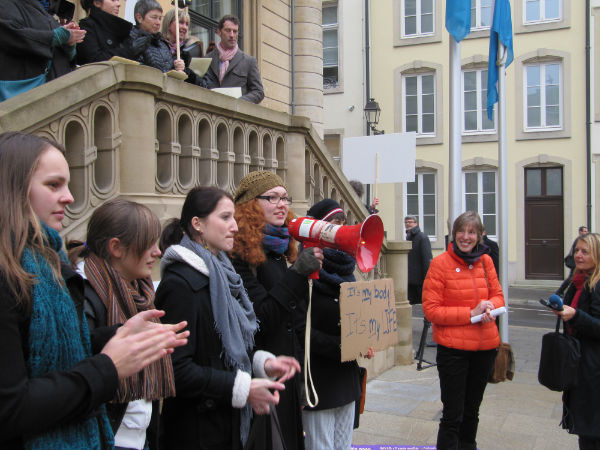 Small group of supporters of the new Abortion law

The Duke of Oldenburg described the method used in parliament to pass the bill as a “cloak-and-dagger operation” in which key information about the vote was not issued until the last possible minute. If it had not been for this, the duke said, pro-life groups could have “mobilized a much larger number of people against the liberalization of abortion”.

“Still, that should be prevented. This procedure is contrary to the essential standards of a democratic legal system.”

Proponents of the new law said it is intended to reduce the rate of unintended pregnancies which have risen steadily since the passage of the 1978 Abortion Act, “despite sex education and prevention”. A government commission has reported that gynecologists in Luxembourg believe that between 1500 to 2000 abortions are committed in the principality each year, out of a total population of about 500,000. 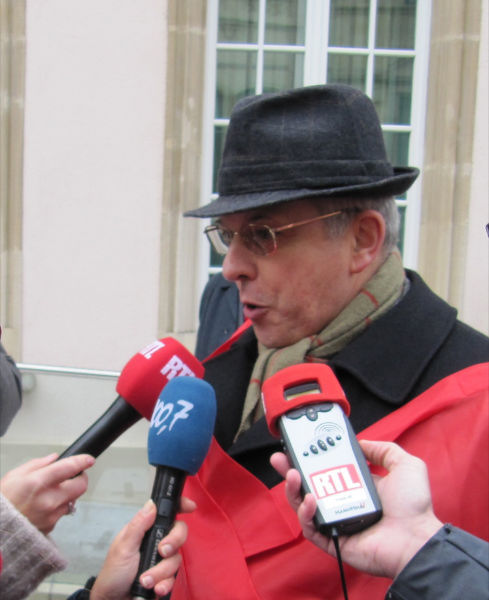 Member of the Fédération Pro Europa Christiana being interviewed by the media.

Parliamentary abortion activists have been promising for two years to sweep away the remaining restrictions on abortion. Until yesterday, the law allowed abortion up to 12 weeks of pregnancy, provided the woman’s health would not be endangered by the abortion. Grounds included to “save the woman’s life,” to preserve the woman’s “physical or mental health,” for pregnancies that are the result of rape or incest, for cases in which the unborn child is “severely physically or mentally impaired” or for “economic or social reasons”. Abortions after 12 weeks were allowed for “serious” medical reasons with the approval of two physicians and parental or legal guardian consent for minors under 18.

Feminist and leftist groups are expressing their anger that certain qualifications remain in the law, among which are the requirement for two consultations, one medical and one “psycho-social,” to ensure women are “fully informed” about their legal rights, the risks and available alternatives. 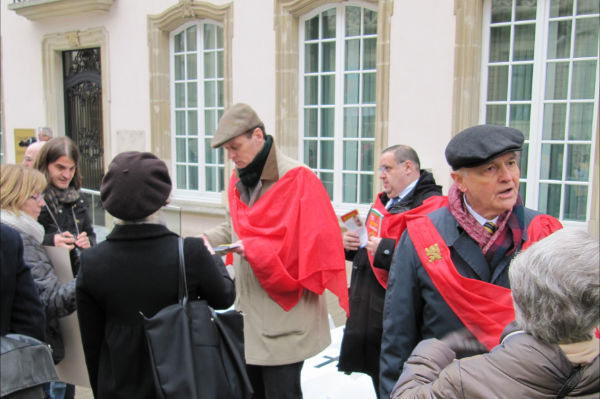 Duke Paul of Oldenburg and other Members of Fédération Pro Europa Christiana.

Meanwhile, European birth rates continue to fall, with Luxembourg following the general pattern of European demographics of extremely low fertility and rising median age. The overall fertility rate in Luxembourg, which remains 87 per cent Catholic, stands at 1.77 children born per woman. The principality’s crude birth rate, the number of births per 1000 population, was 14.2 in 1968, down from 30.3 in 1905. This year’s statistics show it at 11.7 births/1,000 population.