St. Odilia -- According to this narrative she was born blind, miraculously receiving her sight at baptism 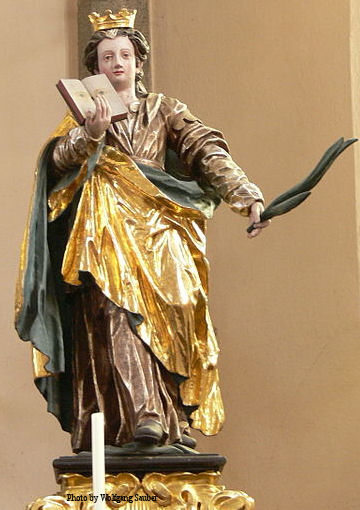 Patroness of Alsace, born at the end of the seventh century; died about 720. According to a trustworthy statement, apparently taken from an earlier life, she was the daughter of the Frankish lord Adalrich (Aticus, Etik) and his wife Bereswinda, who had large estates in Alsace. She founded the convent of Hohenburg (Odilienberg) in Alsace, to which Charlemagne granted immunity, confirmed 9 March, 837 by Louis the Pious who endowed the foundation (Böhmer-Muhlbacher, “Regesta Imperii”, I, 866, 933). 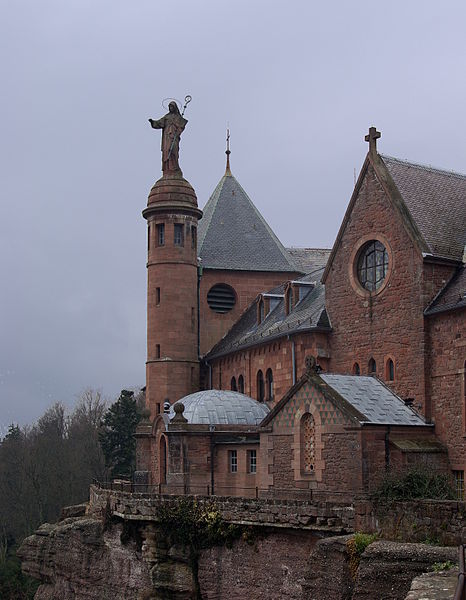 A tenth-century “Vita” has been preserved, written at the close of the century. According to this narrative she was born blind, miraculously receiving her sight at baptism. A shorter text, probably independent of this, is contained in a manuscript of the early eleventh century. Internal evidences point to an original eighth-century biography. A further “Vita”, that J. Vignier claimed to have discovered, has been proved to be a forgery by this historian. Her feast is celebrated 13 December; her grave is in a chapel near the convent church on the Odilienberg.  She is represented with a book on which lie two eyes.