By the power of the Holy Eucharist, St. Bernard conquers a rebel soul

Bernard was commonly regarded as a saint, even in his own lifetime, and he was in the habit of addressing her husband as though Louis [of France] were a mere pupil. There seems little doubt that Eleanor herself was drawn to the abbot more out of curiosity than veneration. Her father before her had clashed with Bernard of Clairvaux.

The scene has become famous in the annals of Aquitaine. One day William X, smarting under the abbot’s threats of excommunication, had burst fully armed into Parthenay church where Bernard was saying Mass.

But the latter had simply advanced on him, bearing the Host and the ciborium, and the duke—vanquished, subjugated by the ardor emanating from his incandescent adversary—had suddenly prostrated himself, filled with repentance. The powers of this world could no more hold out against St. Bernard than could the powers of heaven. 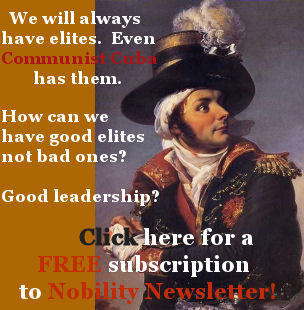 Short Stories on Honor, Chivalry, and the World of Nobility—no. 386

Posted by Robert Ritchie at 9:51 AM