May 24 – Our Lady Help of Christians, to commemorate the liberation of the Pope from prison

This commemoration was introduced in the liturgical calendar by decree of Pope Pius VII on September 16, 1815, in thanksgiving for his happy return to Rome after a long and painful captivity in Savona and France due to Napoleon’s tyrannical power

By order of Napoleon, Pius VII was arrested, 5 July, 1808, and detained a prisoner for three years at Savona, and then at Fontainebleau. In January, 1814, after the battle of Leipzig, he was brought back to Savona and set free, 17 March, on the eve of the feast of Our Lady of Mercy, the Patroness of Savona. 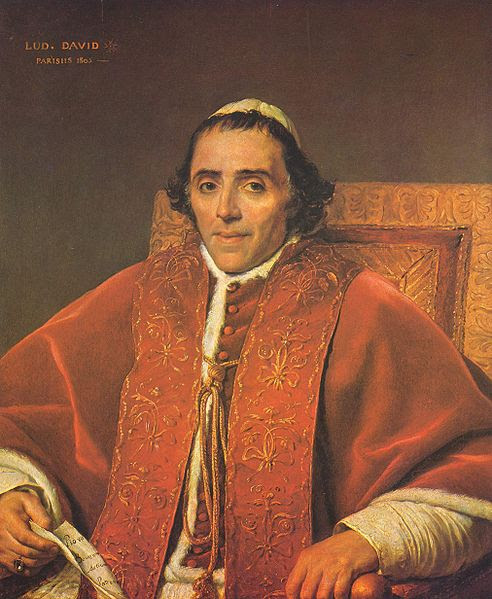 The journey to Rome was a veritable triumphal march. The pontiff, attributing the victory of the Church after so much agony and distress to the Blessed Virgin, visited many of her sanctuaries on the way and crowned her images (e.g. the “Madonna del Monte” at Cesena, “della Misericordia” at Treja, “della Colonne” and “della Tempestà” at Tolentino). The people crowded the streets to catch a glimpse of the venerable pontiff who had so bravely withstood the threats of Napoleon. He entered Rome, 24 May, 1814, and was enthusiastically welcomed.  (McCaffrey, “History of the Catholic Church in the Nineteenth Cent.”, 1909, I, 52).

The invocation “Help of the Christians” is very old, having been included in the Litany of Loreto by Pope Saint Pius V in 1571, as a token of gratitude to the Most Holy Virgin, by virtue of Christendom’s’ victory in the famous battle of Lepanto. 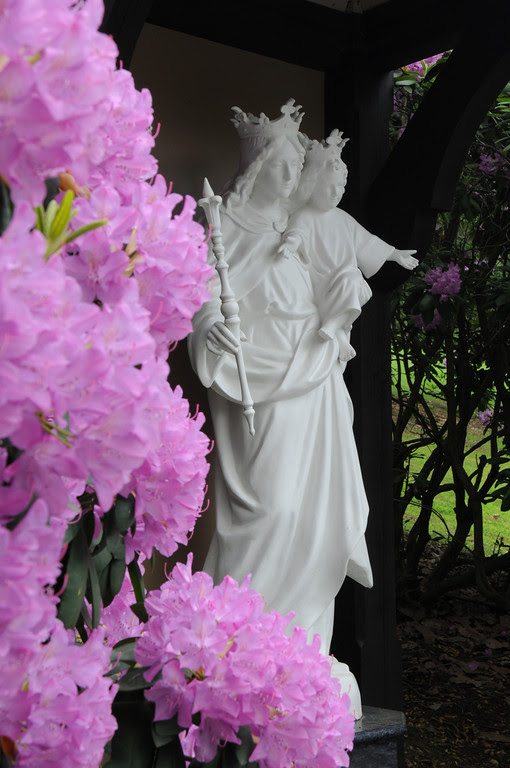 Our Lady Help of Christians, Statue at the Headquarters of the American TFP

During five years of captivity, Pius VII appealed continuously to Our Lady under the invocation of “Help of Christians”. From 1809 to 1812, the Pontiff remained imprisoned in the Italian city of Savona, then making a vow to crown an image of the Mother of Mercy existing there, should he obtain his freedom.

In 1812, the Pope was taken to Paris, remaining a prisoner in Fontainebleau, where he suffered enormous sufferings and humiliations inflicted by the French tyrant.

But in the course of time, events began providentially to overturn the fortunes of the despot.

In 1814, weakened by losses suffered in several fronts and pressured by public opinion, Napoleon permitted his august prisoner to return to Rome. The Supreme Pontiff took advantage of the journey to honor in a special way the Mother of God, crowning her image in Ancona under the invocation of Queen of All Saints. And, fulfilling the vow that he made when still prisoner in Savona, he adorned the forehead of the image of the Mother of Mercy with a golden frond as he passed by that city.

The Miraculous Image, Regina Sanctorum Omnium, (Queen of All Saints), patroness of Ancona and crowned by Pope Pius VII in 1814.

The journey continued amid glorious manifestations of reverence on the part of the populace in all the localities where Pius VII passed. And on May 24, he made a triumphant entrance in Rome, being received by the population at large.

As the carriage that transported the Supreme Pontiff advanced with difficulty amid the crowd along the Flavian way, a group of faithful, under the tumultuous applauses of the people, withdrew the horses and went on to pull the vehicle up to the Vatican Basilica.

Pius VII, attributing this great victory of the Church over the Revolution to the powerful intercession of Mary Most Holy, wanted to show his gratitude by means of establishing a feast day of universal scope dedicated to this beautiful Marian invocation.

Such invocation took a new turn in the Catholic world due to the action of one of the greatest saints of modern times: Saint John Bosco, founder of the Society of Saint Francis of Sales (Salesians) and of the Institute of the Daughters of Mary Help of Christians.

The companions of Saint John Bosco noticed that, from 1860, he began to invoke the Most Holy Virgin under the title of Mary Help of Christians, Maria Auxilium Christianorum. 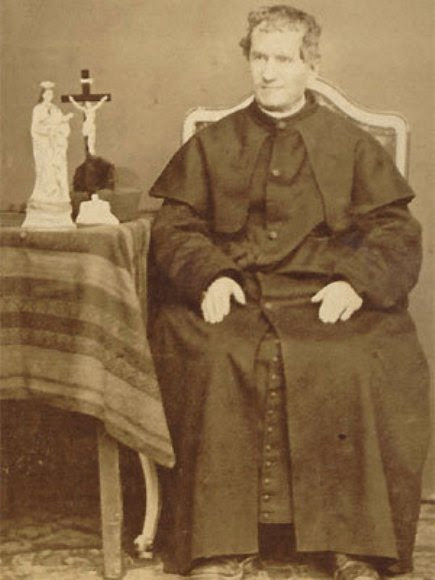 In December of 1862, the Saint made a resolution to build a church dedicated to that invocation. And he declared, on that occasion: “To the Virgin Most Holy whom we desire to honor with the title of ‘Help of Christians’; the times we are in are so sad that we truly need the Most Holy Virgin to help us in preserving and defending the Christian Faith as in Lepanto, as in Vienna, as in Savona and Rome…. and it will be the mother church of our future Society and the center from where all our works will radiate in behalf of the youth”.

Six years after, on May 21, 1868, the magnificent Church of Mary Help of Christians was solemnly consecrated in Turin by the Archbishop of the city. The dream of Saint Bosco became a reality and since then, that devotion spread specially all over the Catholic world owing, in great measure, to the action of the Salesian Congregation. 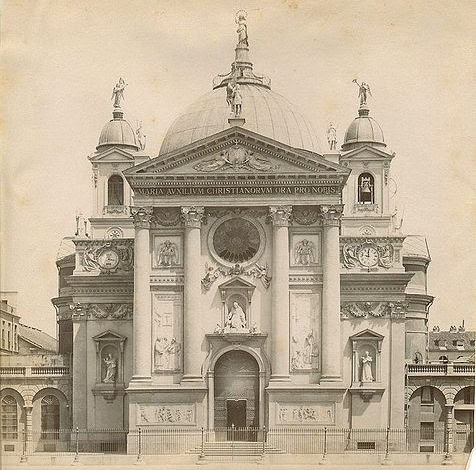 Picture of Basilica of Our Lady Help of Christians, Turin in the 1880s. St. John Bosco is buried here.

How beautiful that the invocation Mary, Help of Christians was added to the Litany of Loreto by Pope St. Pius V to constantly remind Catholics of Our Lady’s maternal and decisive help in the victory against the Turks at Lepanto.


St. John Bosco labored much to spread this devotion arguing that the times required Our Lady’s powerful intervention. If this was true then, how much more so today.

Mary, Help of Christians, pray for us!

Posted by Robert Ritchie at 5:28 PM