For a Catholic, the stakes do not get higher since nothing is more
precious than the Faith. Thus, it is useful to review the perennial
teaching of the Catholic Church so there can be no doubt about the  intrinsic immorality of homosexual acts.

This teaching of the Church is unchangeable as it is based on immutable Divine Revelation and on unalterable human nature.


In view of the homosexual movement’s unrelenting propaganda and judicial  rulings and legislative measures favoring the practice of homosexuality,  the Magisterium of the Church has repeatedly been obliged to remind the  faithful of the perennial moral doctrine that homosexual acts are “intrinsically evil.”


The most important of these reminders are found in:

On December 29, 1975, amid the widespread abandonment of Christian  morality caused by the sexual revolution, the Holy See’s Congregation  for the Doctrine of the Faith published /Persona Humana – Declaration on
Certain Questions Concerning Sexual Ethics. /

Regarding homosexuality, the document rejects the conclusion drawn by  some that a stable homosexual relationship analogous to marriage can be  justified:


No pastoral method can be employed which would give moral justification to these acts on the grounds that they would be consonant with the  condition of such people. For, according to the objective moral order, homosexual relations are acts which lack an essential and indispensable finality. (Sec. 8)

On October 1, 1986, the Congregation for the Doctrine of the Faith
published a Letter to the Bishops of the Catholic Church on the
/Pastoral Care of Homosexual Persons./ Addressed to all the Catholic bishops of the world, the Letter states that “a person engaging in homosexual behavior therefore acts immorally.” (No. 7)

The Letter also states that those afflicted with same-sex attraction “are called to enact the will of God in their life by joining whatever sufferings and difficulties they experience in virtue of their condition to the sacrifice of the Lord's Cross.” (No. 12) 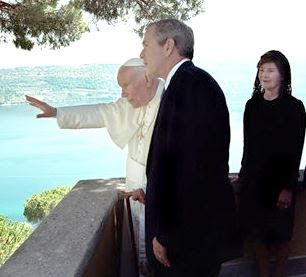 In teaching the existence of intrinsically evil acts, the Church accepts the teaching of Sacred Scripture. The Apostle Paul emphatically states:

“Do not be deceived: neither the immoral, nor idolaters, nor adulterers, nor sexual perverts, nor thieves, nor the greedy, nor drunkards, nor revilers, nor robbers will inherit the Kingdom of God.” (1 Cor. 6:9-10) (No. 81)

* 4) The Catechism of the Catholic Church*

In 1994, the Holy See published the Catechism of the Catholic Church, which restated the doctrine expressed in previous documents. The Catechism clearly teaches that homosexual acts are unnatural, and among the “sins gravely contrary to chastity.” (No. 2396)


In 2003, the Holy See launched yet another document recalling Catholic doctrine on sexual morals and condemning the proposed legalization of same-sex “marriage” and“civil unions.”

Published by the Congregation for the Doctrine of the Faith on July 31, 2003, /Considerations Regarding Proposals to Give Legal Recognition to Unions between Homosexual Persons/ was signed by the Congregation’s prefect, Joseph Cardinal Ratzinger, now Pope Benedict XVI.

Based on the principle that marriage supposes “the complementarity of the sexes,” Considerations explains that “marriage is not just any relationship between human beings. It was established by the Creator with its own nature, essential properties and purpose.”


There are absolutely no grounds for considering homosexual unions to be in any way similar or even remotely analogous to God's plan for marriage and family. Marriage is holy, while homosexual acts go against the natural moral law. Homosexual acts “close the sexual act to the gift of life. They do not proceed from a genuine affective and sexual complementarity. Under no circumstances can they be approved.” (CCC, no. 2357)


Sacred Scripture condemns homosexual acts “as a serious
depravity”...(cf. Rom. 1:24-27; 1 Cor. 6:10; 1 Tim. 1:10)….This same moral judgment is found in many Christian writers of the first centuries and is unanimously accepted by Catholic Tradition. (No. 4)

We call the reader’s particular attention to this quote. The Holy See teaches there is no analogy between homosexual unions and God's plan for marriage. Our courts legalize same-sex “marriage” based on this non-existent analogy.