Paganism and Witchcraft in Youth Culture


Mrs. Linda Harvey is the founder of Mission: America, a non-profit organization whose purpose is to help in dealing with cultural issues such as feminism, homosexuality, education and New Age influences. She is the author of

Not My Child—Contemporary Paganism and New Spirituality and her articles have appeared in USA Today and Whistleblower. Mrs. Harvey is a frequent guest on radio talk shows and has testified on legislation before the Ohio General Assembly on numerous occasions.


Crusade: How would you define witchcraft?

Mrs. Linda Harvey: A narrow definition of witchcraft would be a series of rituals, spells and actions that attempt, whether they realize it or not, to contact the demonic realm to try to get the evil spirits to cooperate with them with whatever they want to do.

Crusade: How is witchcraft affecting our youth today?

Mrs. Harvey: What’s happening today is that our kids don’t know Scripture or Christian doctrine because so many of them don’t go to church. They don’t have the spiritual armor they need to protect themselves, and they are bombarded by the very anti-Christian nature of the media and public-school education they are getting. In view of this, paganism seems much more charming and fascinating to our children than Christianity and they have rejected Christianity as being outdated, bigoted and unresponsive. So our kids are being lured into this, which makes it much more critical for parents to be very discerning of what  their kids are learning and what effect that is having on their spiritual life.


Crusade: Now, what are the reasons why youth feel attracted to witchcraft in the first place? Is there a vacuum in society that makes this more enticing?

Mrs. Harvey: It is packaged as very charming and fascinating. Harry Potter, for example, is packaged empowerment. Our children have an innate need to develop whatever can help them be stronger and better able to deal with the stresses of ordinary modern life. For example, Harry Potter is an 11-year-old nerd who is shoved under a stairway by his cruel relatives and suddenly his whole world changes when he discovers that he is by inheritance a messiah wizard, and this is the empowering thing for him. What kind of kid doesn’t want to hear that? It says, “I have tremendous supernatural powers already inside of me.” This is an insidious and disturbing message to send to our children.

Crusade: Where is witchcraft promoted most in our American society? 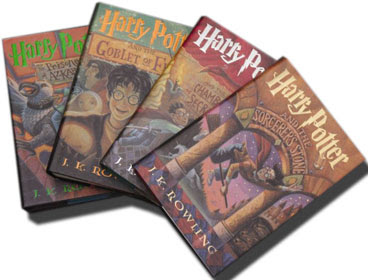 Throughout the entertainment media. The publishing phenomenon of Harry Potter proves for the first time that they got away with a positive, frank, open expression of witchcraft and wizardry as a role model for kids and parents. Conservative parents did not rise up in rebellion and say, “Oh no, you’re not selling that to my kids.”

Parents are clueless. As a follow-up to Harry Potter, there have been a lot of other media that have been tried because Satan is out there prowling about and perfectly willing to use selfish marketeers to package these products. In addition, there is the TV cartoon area. The Japanese publishing industry has influenced manga and anime cartoons, which are full of sorcery and demons. Within video games we have Dungeons and Dragons, which has been around for almost twenty years, World of Warcraft and many other occult-themed offerings. Of course there are the movies, but also the TV shows that have been out for a while. For example, in Charmed, Sabrina was a bubble-gum witch. Then there are soap operas. There was a soap opera called Passion that was canceled last year because it had dolls coming to life and witchcraft. It is just amazing to see how this has penetrated virtually all areas of entertainment and the media.

Crusade: However, many children will claim that it will just stop there. There might be a lot of children who want to dabble in it just a little bit. Do we see youth going from these very common and accessible forms of witchcraft and getting more involved?

Mrs. Harvey: Yes, there was a 2002 survey that showed Harry Potter was creating an interest in witchcraft and wizardry for our kids. Unfortunately, all these children have to do to get information is get on the Internet. Several Web sites have a youth section where kids can go and find covens in their cities and suburbs. Yes, these youth are going right from these books and media to these fora. All it takes is for them to have a little more interest and then going a little further with their interest and looking it up.

One of the things that stimulates this interest is predicting the future because children want to know what’s going to happen. So they start with astrology, using the Ouija board or any other kind of fortune-telling device that is featured throughout all of these occult books, movies or games, which then give children details on how they can learn about the future. This is anti-Christian. There are prophets in the Bible but the prophets did not use these devices. God initiated the contact. People did not initiate the contact. This is a huge distinction that takes us outside the realm of Christianity. It’s not going to be honored by God. God doesn’t want this for us. He wants to protect us and go by His timing.

Crusade: Halloween has become more filled with witchcraft and the occult. Do you think this has a role in getting people more used to the devil?

Mrs. Harvey: Definitely. My family doesn’t celebrate Halloween since I became a Christian. People say, “Well, Christmas was a pagan influence originally.” But the difference is that God is in charge of everything, and I believe the original pagan underpinnings of Christmas and Easter have been co-opted by Christianity. But the Lord has left Halloween alone to test us. For some reason God is allowing the work of Satan in the world today, and the devil has co-opted Halloween. On top of that it is becoming an emphasized holiday. It is right behind Christmas as far as decoration, spending, costumes and all the paraphernalia involved. You see houses decorated for Halloween just like a house would be decorated for Christmas, and it makes me shudder because there is nothing holy, honorable or positive about this date. October 31 is the pagans’ highest holiday and we are helping them celebrate it. What a slap in the face to our wonderful God!

Crusade: Many of our readers are parents. Could you give them some tips on how to protect their children from the influences of witchcraft?

Mrs. Harvey: First of all, your children spend the most amount of time in public schools. So keep them in a good Christian school or home school them. Do not send them to public school. There are too many occult influences in public schools. Some schools assign Harry Potter but others have occult works or ideas in novels that you wouldn’t find unless you read the novels from cover to cover. Furthermore, you have observances of pagan, multicultural events and all kinds of “religions” interacting with demonic pagan entities. Second, read and watch everything your children read and watch. Don’t assume anything your children read or watch is harmless. There are all kinds of accommodations to pagan beliefs and other practices throughout children’s media. So you need to have a discerning eye. You have to decide up front what you’re going to stop and stick with it. You have to decide in advance that this is your child’s future you are worrying about and then think ahead and find substitutes.

Posted by Robert Ritchie at 9:05 PM