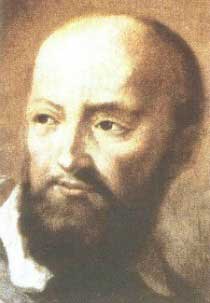 Francis de Sales was born in the Duchy of Savoy, in present-day France, in the Château de Sales. His father was Francis, Lord of Boisy, Sales and Novel and his mother Frances de Sionnz, the daughter of a prominent magistrate.

Born prematurely, Francis was delicate but slowly strengthened, though his health was never robust.

Being the oldest son of six, his father destined him for a secular career, despite Francis’ early leanings to the religious life. He attended the Jesuit college of Clermont in Paris where he excelled in rhetoric, philosophy and theology. During this period, Francis suffered a terrible temptation to despair of being saved. He was miraculously delivered before an image of Our Lady and there and then made a vow of chastity.

At twenty-four he received his law degree in Padua. With a brilliant career ahead of him, and a noble prospect of marriage, Francis declared his intention of following an ecclesiastical career. A sharp struggle ensued between him and his father who only relented in his opposition when Bishop Granier of Geneva offered Francis the post of Provost of the Chapter of Geneva in the patronage of the Pope.

Francis was ordained in 1593. The next year he volunteered to evangelize the region of Le Chablais, recently returned to the Duchy of Savoy from Calvinist Geneva and on which the Genevans had imposed their creed. With enormous tact, charity and zeal the young provost confuted the preachers sent to debate him, converted several prominent Calvinists and at great personal risk and traveling extensively brought back to the Church tens of thousands of the people of Chablais. 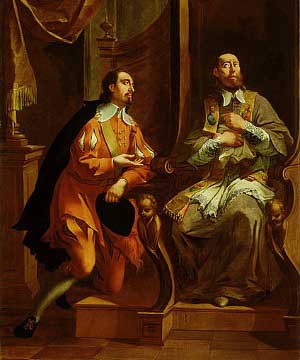 He was consecrated Bishop of Geneva in 1602, ruling his diocese from Annecy in France where he immediately established regular catechetical lessons for young and old. He himself taught the children of  whom he was beloved. He visited the parishes throughout his rugged diocese, made provisions for the clergy, reformed religious orders, and preached incessantly, everywhere known for his kindness and patient zeal. Those who flocked to hear the holy bishop said, “Never have such holy, apostolic sermons been preached.”

With St. Jeanne Frances de Chantal he founded the Order of the Visitation for girls and widows who had not the health or inclination for the austerities of the great orders.

In the midst of all his activities he found time to write numerous letters and works, among the most famous being his Introduction to the Devout Life.

Francis de Sales died in 1622 at age fifty-six and crowds thronged to venerate him. He was canonized in 1665 and proclaimed a Doctor of the Church by Blessed Pope Pius IX in 1877.
Posted by America Needs Fatima at 10:35 AM