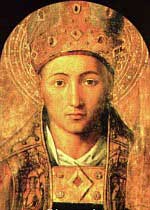 Honoratus was born into a patrician Roman family that had settled in Gaul, present-day France. As a young man, he renounced paganism and won his elder brother Venantius over to Christ.

Although their father objected and placed obstacles before them, the two brothers decided to leave the world. Under the tutelage of the hermit St. Caprasius they sailed from Marseilles with the intention of leading a secluded life in a Grecian desert.

In Greece, illness struck and Venantius died in peace. Also ill, Honoratus was obliged to return to Gaul with his instructor. At first, he lived as a hermit in the mountains near Fréjus.  Later, he settled on the island of Lérins off the southern coast of France. Followed by others, he founded a monastery on the island about the year 400. The monastic community is active to this day. St. Patrick, the great apostle of Ireland is said to have studied at Lérins.

In 426 Honoratus was pressed upon to accept the bishopric of Arles, where he reestablished Catholic orthodoxy, challenged by the Arian heresy. He died three years later exhausted from his apostolic labors. 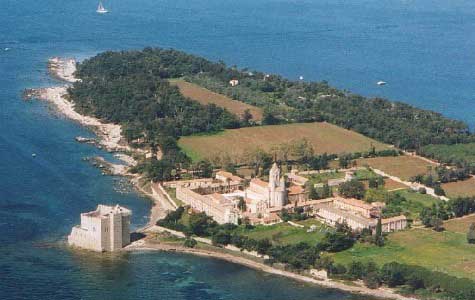 The island of Lérins, today the island of Saint Honorat just south of Cannes, is home to Cistercian monks who live in a majestic monastery and produce fine wines and liqueurs which are well-known throughout the world.
Posted by America Needs Fatima at 10:31 AM