Our Lord Jesus Christ is the supreme and perfect archetype of all professions, from king to laborer

From a meeting given by Prof. Plinio Correa de Oliveira 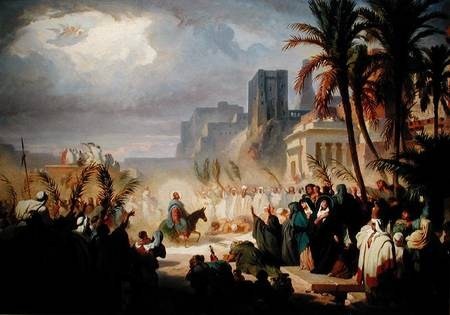 During His life in this world, Our Lord exercised aspects of all professions fit for man—from the highest to the lowest. To even begin to appreciate the perfection of His Person, we would have to imagine the archetype of every licit profession known to man.
Consider Christ as king. In biblical days, a king held the highest office. Had not Israel even demanded that God give them a king so that they might be like other nations?

As Prince of the House of David and heir to the throne of Israel, Jesus possessed the nobility and grandeur proper to His state. As He entered Jerusalem in triumph that first Palm Sunday, it did not lessen His majesty that He rode in humility on the back of a donkey. To the contrary, the Gospels recount that the people acclaimed Him enthusiastically, sensing His royal grandeur without the prompts of pageantry. 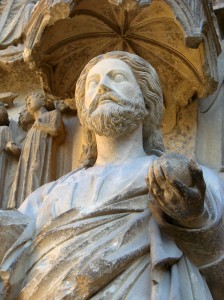 Because His life was one of constant and unremitting struggle, Our Lord was also a warrior, a man of battle. Not only did Jesus defeat and drive out demons, He forcefully confronted the human allies of the Prince of Darkness. Even after He was betrayed into the hands of His adversaries, He humiliated them when, on being asked if He was Jesus of Nazareth, He answered simply, “Ego sum.” With these two words Christ cast His antagonists to the ground. What a magnificent warrior: hurling His enemies on their faces with but a simple affirmation! 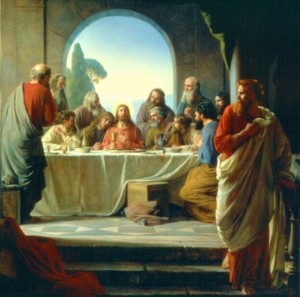 Our Lord personified the fulfillment of the Sacrament of Holy Orders. He was Priest and Pontiff par excellence. The priests of the Old Testament prefigured His priesthood, and every priest thereafter would share His priesthood as an alter Christus. On Holy Thursday, Christ was the Priest and Victim of the first Mass, which prefigured His sacrificial offering on the altar of the cross.

Our Lord was also a perfect diplomat during His public life. Consider how intelligently He thwarted the machinations of the Sanhedrin: here avoiding confrontation with circumspect and artful speech, there mastering it with impeccably judicious rejoinders. 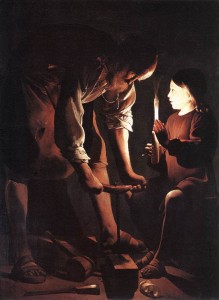 Consider Christ as one who works with His hands, as does a manual laborer. Unthinkable? Have we forgotten the carpenter shop in Nazareth where Jesus worked under the watchful eye of His foster father Saint Joseph?

Christ was a servant, though few kings have washed the feet of their subjects.

In sum, were we to list every licit human endeavor, we would find that, in some manner, Christ exercised each with perfection beyond our comprehension.

As the perfection and pattern of the human race, Our Lord embodies all the gifts with which His Father has endowed every individual from Adam to the last man.

Posted by Robert Ritchie at 1:10 PM