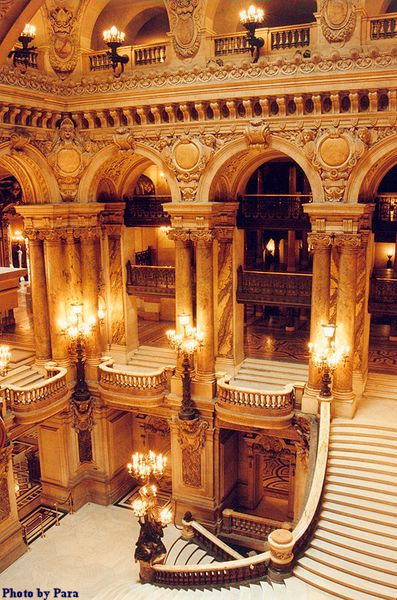 The grand staircase of the Opéra Garnier, built between 1862 and 1875, was named after its architect Charles Garnier.

Arriving at the Opéra in Paris, Lord Seymour had the door of his carriage opened by a beggar, who said to him as he alighted: “I’m hungry.”

Throwing a gold louis d’or into the muddy gutter, the English lord said: “Pick it up with your teeth!” 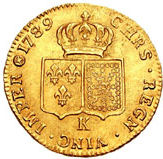 A Louis d'Or photo by Carlomorino

Though filled with loath at the prospect, the poor man stretched himself out on the ground, and labored to retrieve the coin with his teeth until he succeeded. Then, standing up to face his benefactor, he said: “Thank you.”

Instantly, Lord Seymour felt the vileness of what he had done. To redeem himself, he gripped the beggar’s arm and said: “Look, I had no right to do what I did. You now have the right to slap me in the face. Here, take these other five louis d’ors, but do strike me!” Without losing his elegance for an instant, the nobleman received the slap he had deserved then stepped resolutely into the Opéra.