“Arab Spring” or “Autumn” of Civilization?

No one may say that Magdi Cristiano Allam, Member of the European Parliament, lacks knowledge or experience of Islam. He was a Muslim for 56 years...and then received the grace of conversion to Catholicism. Based on his vast theoretical and practical knowledge of Islam, he answers some questions from the Brazilian magazine Catolicismo. 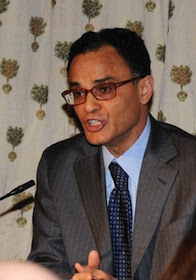 Magdi Cristiano Allam, MEP: “I was a Muslim for 56 years and understood that persons can be moderate but that, as a religion, Islam is not moderate.”

Magdi Allam was born in Cairo, Egypt, on April 22, 1952. In spite of being a practicing Muslim, his mother entrusted him at age four to a nun of the Combonian Order and later sent him to study with the Salesian fathers, from whom he received the influence of Western culture and civilization. In 1972 he moved to Italy, where he graduated in sociology at La Sapienza University in Rome.

Beginning his journalistic career in 1978, he served as columnist and special correspondent of the daily La Repubblica from 1996 to 2003 before going on to be deputy editor of Milan’s Corriere della Sera. A Muslim for 56 years, Allam publicly and officially converted to Catholicism on Easter 2008, when he was baptized by Benedict XVI at the Roman Colosseum, adding Cristiano to his name.

In 2009 he was elected Member of the European Parliament (MEP) and later that same year founded the independent political party Io Amo L’Italia (I Love Italy). Married to an ardent and convinced Catholic like himself, Magdi Allam has been taking strong stands against religious relativism. Toward the end of 2011 he did not hesitate to leave the European Popular Party because many of its members adhered to the inglorious cause of abortion. This interview was conducted in Brussels by staff writer, Hélio Dias Viana.

Catolicismo: What is your opinion of the “Arab Spring?” Is this movement bound to have a good result or a bad one?
Magdi Cristiano Allam, MEP: In the Gospel of Saint Luke it is written: “No good tree can yield bad fruits, and no bad tree can yield good fruits. For by the fruit the tree is known.” Now then, if we are to assess the “Arab Spring” by its fruits, we must conclude that it is not a good tree. Islamists are now in power in nearly the whole southern Mediterranean basin, while at the same time Islamic terrorism is strengthening. This fact cannot fail to have harmful consequences to Europe and to the West, as is clear from the terrorist attack of March 12 against the Shia Rida Mosque in the Anderlecht neighborhood of Brussels, when its imam was killed.

Catolicismo: Do you think that the West can believe in the good faith of those claiming to belong to a “moderate” form of Islam?

Magdi Allam: I was a Muslim for 56 years and understood that persons can be moderate, but as a religion, Islam is not moderate. Therefore, although there are moderate Muslims who respect basic human rights and the civil rules of coexistence, Islam — based on the Koran and Mohammed — is not moderate, because the content of its sacred text and what its prophet did and said are in blatant contradiction with the fundamental values of our common humanity.

Catolicismo: Would an eventual entry of Turkey in the European Union entail a risk to the West? If so, which? 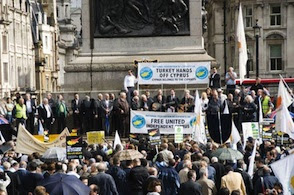 Cypriots demonstrate in London, asking for a Turkish withdrawal from the part of Cyprus which they invaded.

Magdi Allam: From a strictly geographical standpoint, 97% of Turkey’s territory is located in Asia. If we were to consider Turkey a part of Europe, we would also need to include Tunisia, and on the contrary, to say that Italy is part of Africa — bearing in mind that the southernmost tip of Tunisia sits to the north of the Italian island of Lampedusa. I ask myself how the European Union can court a State which has military occupying a part of the [Cypriot] territory of the island, that is, the southern strip of Cyprus, without demanding that negotiators be sent to obtain a Turkish military withdrawal from this territory.

Though not trying to predict what the future of the European Union would be like with the accession of Turkey, suffice it to consider the policy of de-Christianization which the Turks have implemented in the occupied area of Cyprus by destroying churches or turning them into mosques and by violating the religious freedom of Christians. I also ask how one could legitimize Turkey as a member of a group of nations under the rule of universal and absolute value such as the right to life, truth, justice and freedom. If Turkey retaliates for something so basic as the European recognition of the extermination by the Turks of one and a half million Armenian Christians, I must therefore recognize that this courtship of Turkey by the European Union resembles that of a woman who has become infatuated with her own murderer.

Catolicismo: On June 3, 2010, Archbishop Luigi Padovese was slaughtered in Turkey by a Muslim. More recently, Pakistan’s Minister for Minorities was martyred. Are the reactions by Western religious and political leaders up to the gravity of these attacks? Has the solidarity of Christians around the world facing the persecution of their brethren been up to par? 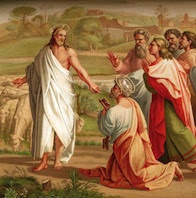 Our Lord Jesus Christ gives the keys to Peter.
“Either you believe in Jesus or in Mohammed; you are either Christian or a Muslim. But you cannot place Judaism, Christianity and Islam on an equal footing as if they were religions with the same value and dignity.”

Magdi Allam: Christians today are the most persecuted flock in the world. It is estimated that seven out of ten victims of religious repression are Christians. Furthermore, facing the institutionalized discrimination of Christians and even generalized slaughters, the West in the best of cases is satisfied with issuing vibrant verbal condemnations which remain dead letter. The truth is that we Christians are afraid because we are frail inside, we no longer know who we are. We no longer have the certainty of our faith, of our values, of our identity and of our civilization. Only when the West becomes interiorly strong will it be possible to defend concretely the right to life, to dignity and to freedom of persecuted Christians throughout the world.

Catolicismo: How can we assess the present Islamic threat in Europe? How does the European Union react to it?

Magdi Allam: At present, Europe is surrounded, in the southern and northern part of the Mediterranean, with integralist and extremist Islamic regimes that we ourselves support. We are fooling ourselves. We have fallen right into the Islamist trap by enthusiastically supporting street demonstrations and skirmishes, even violent ones, against the autocrats that we used to support, and by blindly believing in the promises of free elections by Islamic forces inimical to democracy.

We forget that Hitler and Mussolini were ushered into power by free elections and that, therefore, elections are merely an instrument of democracy but as such they neither substantiate nor exhaust democracy. Europe’s adhesion to the movement is a result of relativism and above all of political cynicism, which leads one to bow before the “god” money no matter what the cost may be, and to be ready to sell out our values as long as we can procure oil, gas, and access to the markets and to sovereign funds.

A Bloody Christian Spring
The Dangers of Mushroom Democracies