The Crusaders storm into Jerusalem 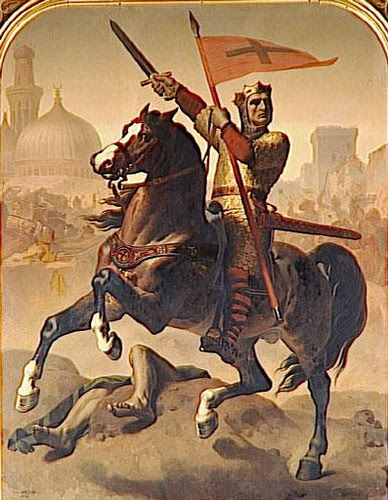 The attack began the night of July 13, [1099,] and the defenders let loose a hail of stones and rivers of Greek fire…. The battle hung in the balance during the morning hours of July 15. Archers shot blazing firebrands to drive the defenders from the walls, but the siege towers were battered and burned. Toward the end of morning it appeared that the attack was doomed.

“However, when the hour approached on which Our Lord Jesus Christ deign to suffer on the cross for us,” the Gesta Francorum exults, “our knights began to fight bravely in one of the towers—namely, the party with Duke Godfrey and his brother Count Eustace. One of our knights, named Lethold, clambered up the wall of the city, and no sooner had he ascended than the defenders fled from the walls and through the city.” 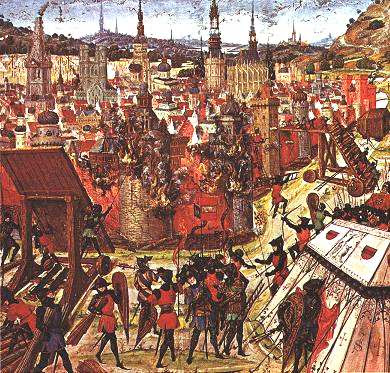 Capture of Jerusalem during the First Crusade, 1099, from a medieval manuscript.

Godfrey himself soon followed, and the pick of his army swarmed up scaling ladders and into the city. They opened the Gate of the Column (now excavated beneath the Damascus gate), and the Crusaders’ shock troops streamed through the streets….

Toward evening the leaders of the Crusade, who only a week before had filed barefoot around the seemingly impregnable walls of the city to the jeers of the Moslem defenders, walked in solemn state to the Church of the Holy Sepulcher. There they gave thanks to God. “It was well worth all our previous labors and hardships to see the devotion of the pilgrims,” wrote Raymond of Aguilers. 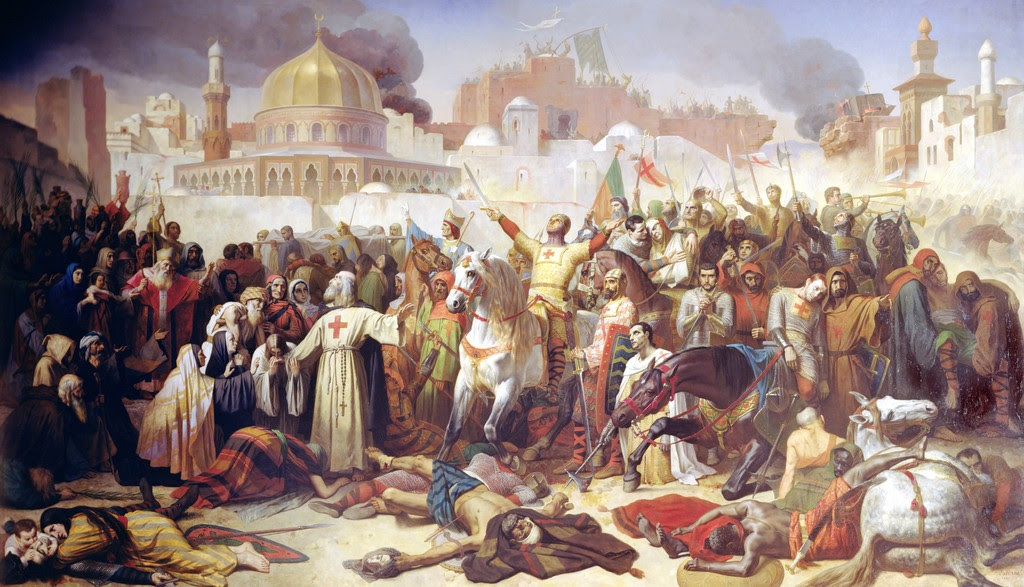 Taking of Jerusalem by the Crusaders, 15th July 1099. Painting by Emile Signol

Short Stories on Honor, Chivalry, and the World of Nobility—no. 194 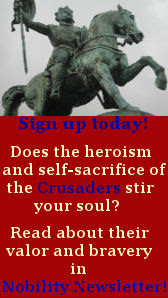