Playing Games with Our Wars and War with Our Games The object of war is very simple: victory. The combatants engage in a very physical struggle to resolve a crisis that generally has failed by other more diplomatic means. It is a battle where the stakes are high and the life or death of men and the future of nations is in play.

The means employed to secure this victory are many. Nations make use of big assets such as tanks, aircraft and battleships. They make use of technology which includes all sorts of radars, drones, smart bombs and other devices.

However, when push comes to shove, what really decides the outcome of battle is the man on the field. Modern warfare has yet to find a substitute for the infantry soldier who slugs it out with the enemy and is disposed to make the ultimate sacrifice of his life.

In normal times, everyone recognizes that the task of hand-to-hand combat is best done by fighting men trained in the art of war. It is a biological fact that men have the stamina, strength and mindset needed and, if victory is the goal, men should be employed. That is all there is to it. 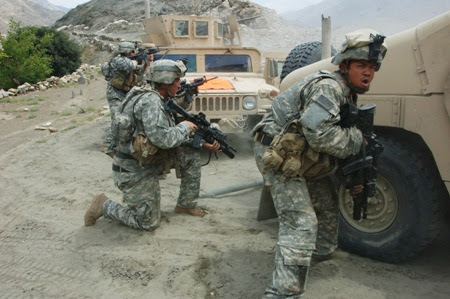 The task of hand-to-hand combat is best done by fighting men trained in the art of war.

But these are not normal times, what everyone used to take for granted is now up for grabs. There is a concerted push by liberals who decree in the name of equality that women and men are equal in combat. These same liberals, many of whom will never experienced a bullet fired in anger, are rushing to push women into the line of fire. They are demanding that women be thrust into combat, and anyone who dares oppose such a decree is labeled hopelessly sexist. And if the chances of victory be diminished (and soldiers unnecessarily die), so be it!

While the military is rung through the sexist ringer, there is another game in town that is left unscathed by the left and liberal media. The screams for equality are curiously absent.
That game is sports. The object of sports should be very simple: healthy competition. It is a very physical contest to distract and entertain. There are no high stakes involved beyond mere commercial interest or personal prestige.

And yet, as the Olympics are played, no one dares to point out that these international games enjoying all kinds of prestige and praise are absolutely “sexist.” The whole affair is divided right down the middle into the categories of men and women. No one has suggested that nations field non-sexist teams where men and women compete together in any field. 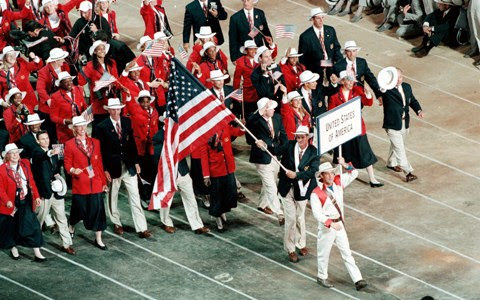 The Olympic Games are divided right down the middle into the categories of men and women. Olympians know the biological fact that men and women are physically different.

The reason why is obvious. The biological fact is that men and women are physically different and if the competition were left to all comers, save some exceptional Amazon, men would win all the competitions where stamina and physical strength are needed. Indeed, one can go over the lists of Olympic records and verify that in these categories the men’s records are all well above those of women.
Olympians know this biological reality. They don’t play sexist games with their games. In fact, they employ all the seriousness of war to gain victory. They train unceasingly. They study every possible advantage. Unfortunately, some even resort to steroids and other performance enhancers to gain the victory — and commercial endorsements. These latter athletes have turned what should be a source of entertainment and healthy sportsmanship into a savage and commercial enterprise.
It seems the world is upside down. War is war and sports is sports. Why must the double standard of sexist politics get in-between? Isn’t it time we stopped playing games with our wars and stopped playing war with our games?