Charlemagne Was Stricken for His Rudeness to Her 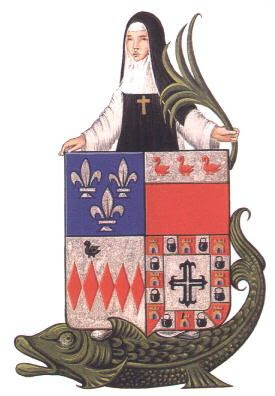 A virgin, very much revered in Belgium, who is said to have been sought in marriage by Charles, afterwards Charlemagne.

Continually repulsed, Charles finally attempted to carry her off by force, but though he broke her arm in the struggle he was unable to move her from the altar before which she had prostrated herself. The royal lover was forced to abandon his suit, and left her in peace. 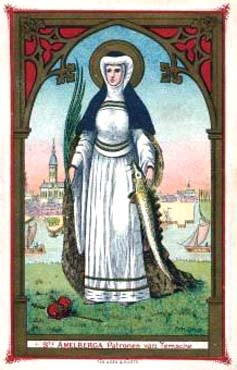 Many miracles are attributed to her, among others the cure of Charles, who was stricken with illness because of the rudeness with which he had treated the Saint. She died 10 July, in her thirty-first year, five years after Charles had ascended the throne.

Suffering defeat was not frequent with Charlemagne, but defeat he had at the hands of this virgin. She had given herself to the King of Kings, and would be loyal to Him regardless of whatever royal magnificence Charlemagne had to offer.
No earthly prestige or amount of gold could overcome her loyalty and fidelity.