November 25 – The Battle of Montgisard on the Feast of St. Catherine 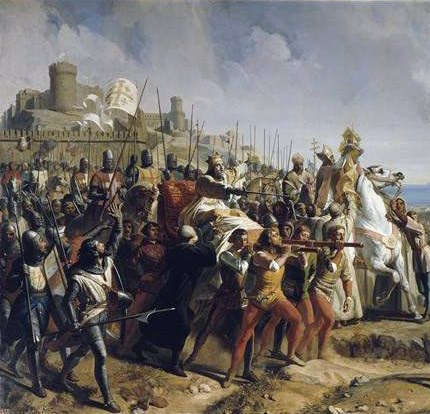 The Battle of Montgisard was fought between the Ayyubids and the Kingdom of Jerusalem on November 25, 1177. The 16 year old King Baldwin IV, seriously afflicted by leprosy, led an out-numbered Christian force against the army of Saladin. The Islamic force was routed and their casualties were massive, only a fraction managed to flee to safety.

More than wisdom and courage, what made Baldwin IV a great king was his indomitable faith – a virtue he demonstrated at the famous battle of Montgisard. After the attack on Egypt was cancelled, Philip of Flanders took his army to campaign in the northern territories of the kingdom, where Raymond of Tripoli joined him. The move left Jerusalem in a precarious situation. Very few troops had stayed behind to defend the capital and the king’s condition had worsened. 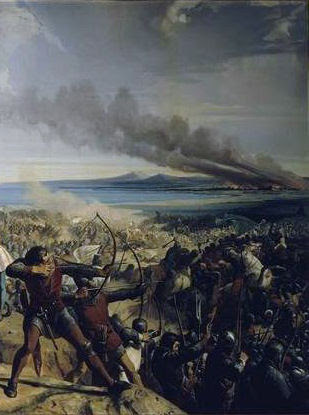 Saladin was quick to seize the opportunity and directed his main army of 26,000 elite troops toward Jerusalem. From his sick bed, Baldwin summoned what little strength he had and rode out to meet his adversary with less than 600 knights and a few thousand infantrymen. By this point Baldwin’s strength was so deteriorated many thought he would die. Bernard Hamilton quotes a contemporary Christian writer who described the king’s condition as “already half dead.”(1)

Realizing the impotence of the king’s force, Saladin ignored him and continued his march to Jerusalem until Baldwin intercepted him near the hill of Montgisard, only 45 miles from Jerusalem. 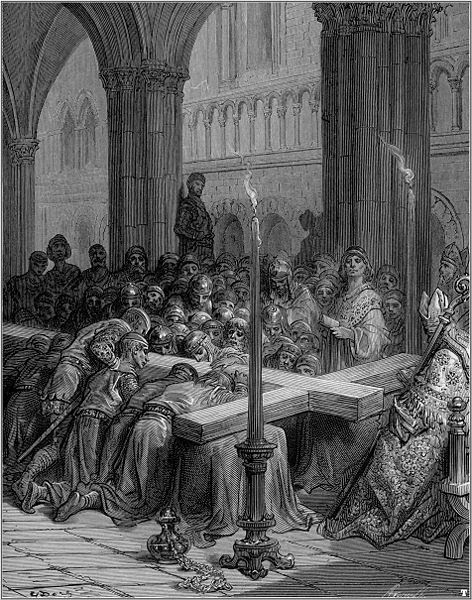 Seeing the overwhelming Muslim army, the Christians became petrified. However, such desperate situations afford great men an opportunity to show their mettle, and Baldwin rose to the challenge. Dismounting his horse, he called for the Bishop of Bethlehem, to raise up the relic of the True Cross he carried. The king then prostrated before the sacred relic, beseeching God for success. Rising from prayer, he exhorted his men to press the attack and charged. Historian Stephen Howarth describes the battle that ensued:

“There were twenty-six thousand Saracen horsemen, only a few hundred Christians; but the Saracen were routed. Most were killed; Saladin himself only escaped because he rode a racing camel. The young king with his hands bandaged, rode in the forefront of the Christian charge – with St. George beside him, people said, and the True Cross shining as brightly as the sun. Whether or not that was so, it was an almost incredible victory, an echo of the days of the First Crusade. But it was also the last time such a great Muslem army was beaten by such a small force.”(2)

Deluged by heavy rains and suffering the loss of roughly ninety percent of his army, Saladin returned to Cairo in utter defeat. Years later, he would referred to the battle disdainfully as “so great a disaster.”(3)

Realizing that divine assistance was largely responsible for his triumph, Baldwin erected a Benedictine monastery on the site, dedicated to Saint Catherine of Alexandria, on whose feast day the victory had been won. 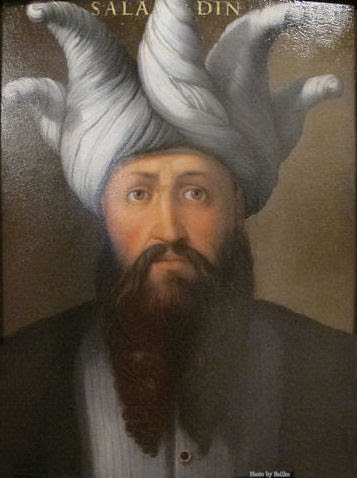 Painting of Saladin by Cristofano dell’Altissimo