800-year anniversary of the birth of St. King Louis IX of France 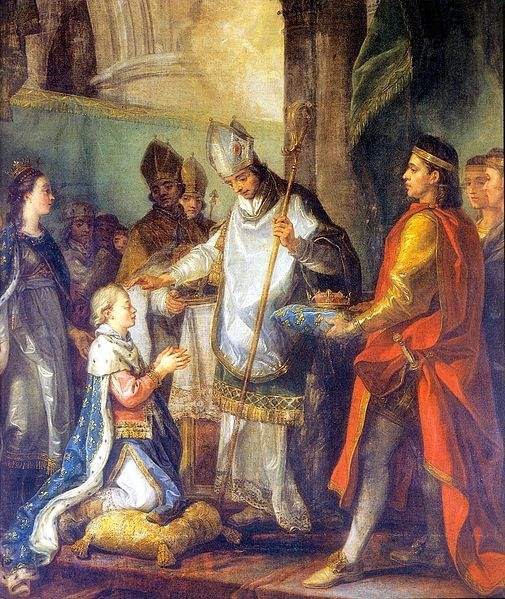 On April 25, 1214–800 years ago–St. Louis the King was born in Poissy. He was the sixth child of Louis VIII of France and Queen Blanche of Castile.

He was crowned king in the Cathedral of Rheims at the tender age of 12, three weeks after his father’s death, and, as Regine Pernoud points out, the music composed for the occasion–Gaude Felix Francia (“Rejoice, o happy France!”)–was prophetic. 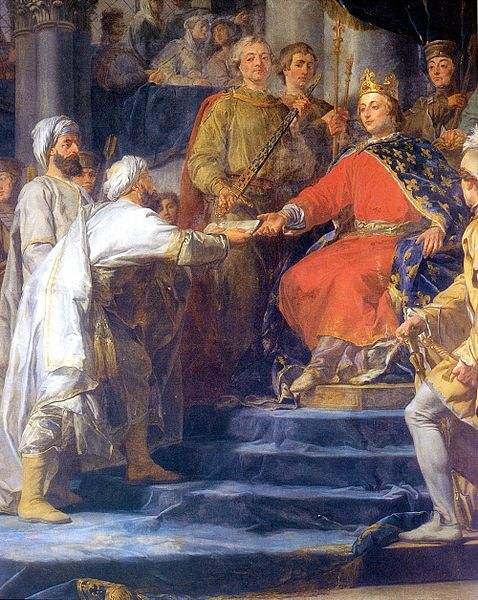 St. Louis, King of France, receiving the ambassadors of the Prince of Assassins.

God had given France (the first born daughter of the Church)  a king who was a saint. Standing a foot or so higher than the average height of men of his time, his stature seemed to reflect his moral and social superiority. His ardent love of the Savior and His Blessed Mother not only inspired a deep interior life of prayer and union with God, but lead him to search out ways to improve  and strengthen the moral fiber of his nobles and people. We still see this love today, manifest in stone and stained glass in the Sainte Chapelle which he built to be a reliquary for the Crown of Thorns used by Our Redeemer during His Passion and Death. We can see this devotion in his convoking and leading two of History’s nine Crusades. True, he was defeated, held captive by the Muslims of Egypt, then ransomed, on the first; and he died in Tunis. while leading the second; but there is no question that St. Louis IX marked France forever. 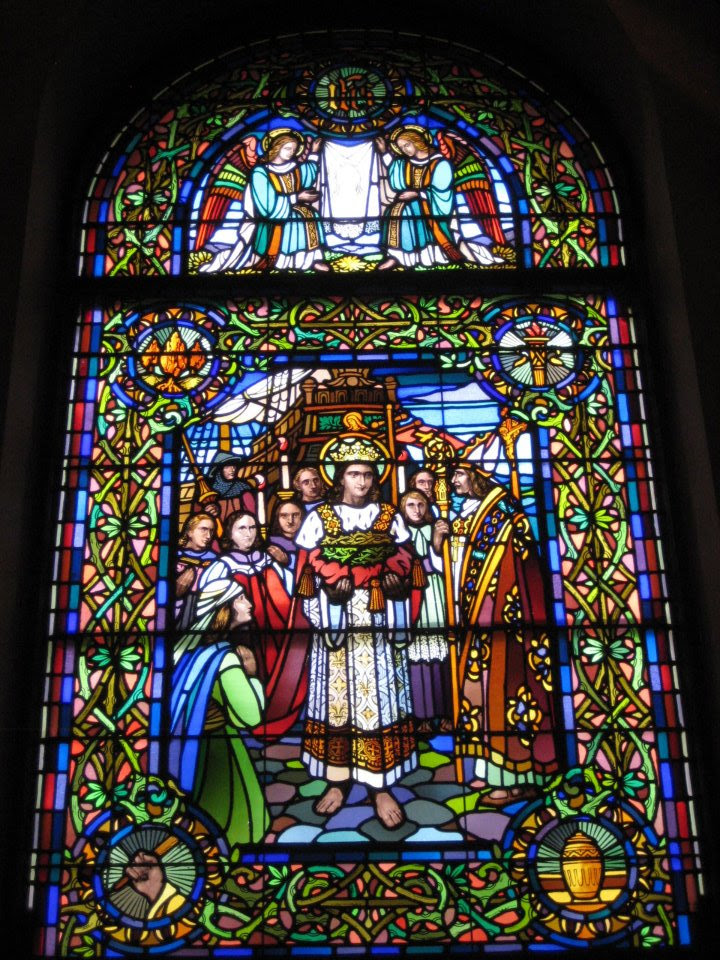 A stained glass in Illinois of St. Louis carrying the Crown of Thorns.

During his 43-year reign, France and indeed all of Christendom oscillated between two very different types of men. On the one side were those who cherished the Crusading ideal; they rallied around the person of Our Lord and the truths of His Gospel, as symbolized in the Cross. On the other were those who surrendered to an insatiable pursuit of pleasure,  wealth, or prestige, in a life of selfish oblivion of things spiritual. In the struggle between these two families of souls,  St. Louis IX showed no hesitation. He lead the way, and his sublime example left opponents speechless, while inspiring the good to join him and rally around the Cross.

Yes, France could well rejoice. Never had she seen a king like St. Louis. Nor has she seen one since.