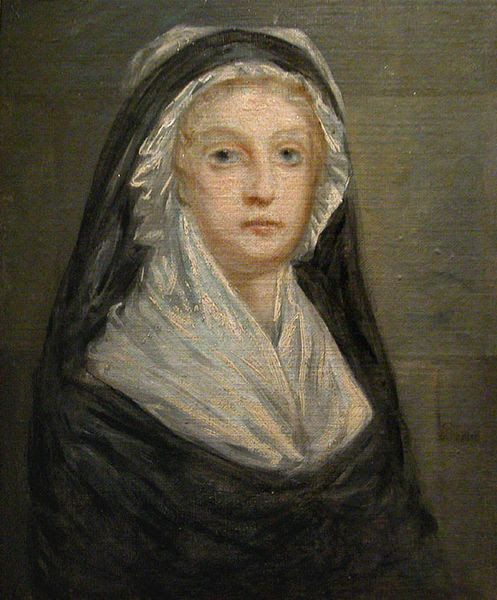 Queen Marie Antoinette of France in the prison

Even if the Revolutionary Tribunal could have subpoenaed Mallet or the Emperor or Fersen, it would have meant little to the result. Her guilt, if it was guilt so to scheme against the nation, was certain: what yet remained in doubt was the political necessity of such a trial at such a moment, the limit of hardihood in her judges and the possible effect in a democracy of public sympathy at some critical phase of the pleadings: and much more potent than any of these three, because it included them all, was the news that might come at any moment from the frontier and from the hunger of Maubeuge—no news came. 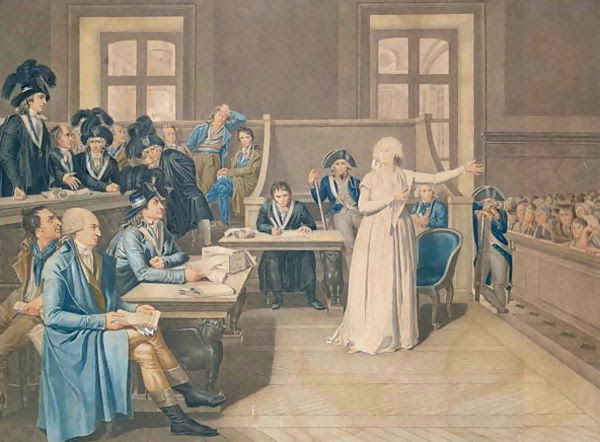 Last of these witnesses Hébert, all neat and powdered, presented his documents and put forward his abominations, his fixed idea of incest. The public disgust might here have turned the trial. There was a stir all round: her friends began to hope. As for the officials, they could not stop Hébert’s mouth, but Herman was careful to omit the customary repetition: he was hurrying on to the next witness when a juryman of less wit than his fellows and filled with the enormous aberrations of hate, pressed the charge. 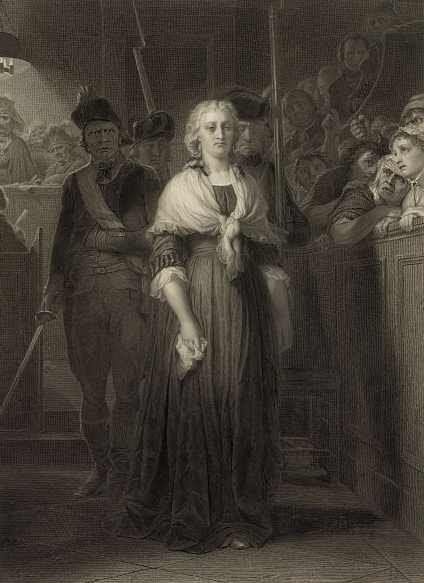 Marie Antoinette before the Tribunal. Painting by Alphonse François

The Queen would not reply. She half rose from her chair and cried in a high voice: “I appeal to every mother here,” and then sank back again.

The crowd in the galleries began to move and murmur, the women raised their voices against the angry orders of the ushers and of the Bench demanding silence. Away, dining beyond the Seine, Robespierre, hearing of it, broke a plate at table in his anger, and thought Hébert’s lunacy had saved her.

Short Stories on Honor, Chivalry, and the World of Nobility—no. 372

Posted by Robert Ritchie at 9:54 AM