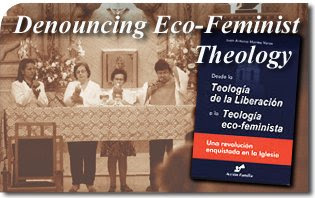 From the ashes of Liberation Theology, a new, more profound and broader revolution has been born: eco-feminist theology. This new theology is the subject of a 200-page book titled, From Liberation Theology to the New Eco-feminist Theology. It is written by Juan Antonio Montes Varas and was just published by Chile’s Acción Familia organization.

This new theology joins together the Marxist concept of the “oppressed” with radical feminist demands and the so-called “deep ecology.” According to this doctrine, women should “raise their awareness” of the abuse they have suffered because of the subordination that Christianity imposed on them, and as a consequence, they should see abortion and homosexual relations as part and parcel of the “rights” they must advocate.

The eco-feminist theological current is not confined to a small group of visionary nuns; it is a powerful Church current that proposes a new way of understanding the universe, religion and even God himself. It is born from a long entrenched process in the Church which further radicalizes the Marxist egalitarian tenets of some currents of liberation theology.

Women lead the liturgy (left) while the priest assists from a pew (right) “... [W]hen we speak of gender we are not speaking merely of the vindication of women, but are questioning the roles and authority,” [illustrated here between priest and women] “in order to redefine authority in an egalitarian way....”1

The book shows how important Catholic congregations and universities support this pseudo theology in spite of its postulates opposed to morals, Church teaching and the Sacred Scriptures. This current has allies in various levels of the Church and the media and is bent on pursuing a mystical ideal to “deconstruct” and “re-read” the truths of the Faith, which makes it particularly effective and harmful. 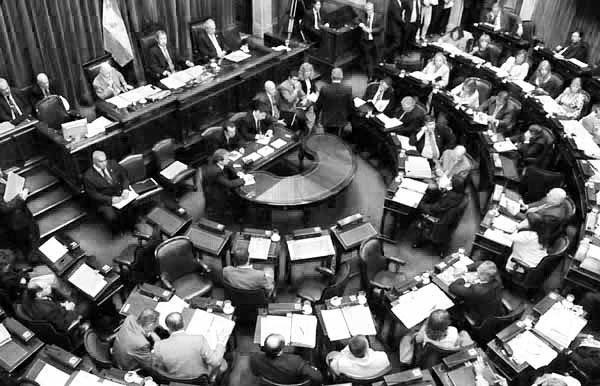 Due in part to support given by some priests and religious
and “Catholics for a Right to Decide” of Argentina, their Congress passed same-sex marriage.

By using the Catholic name it obtains results that otherwise would be completely unattainable.
Nevertheless, the action of this current is not limited to the religious sphere. Its adherents promote legislative changes to incorporate so called sexual rights and women’s liberation. Under the banner of “deep ecology,” these activists put in check any public or private initiative involving the environment. In order to do this they organize “awareness-raising” sessions and carry out agitation to prevent society from rightly exploiting natural resources and thus threatening all material progress. 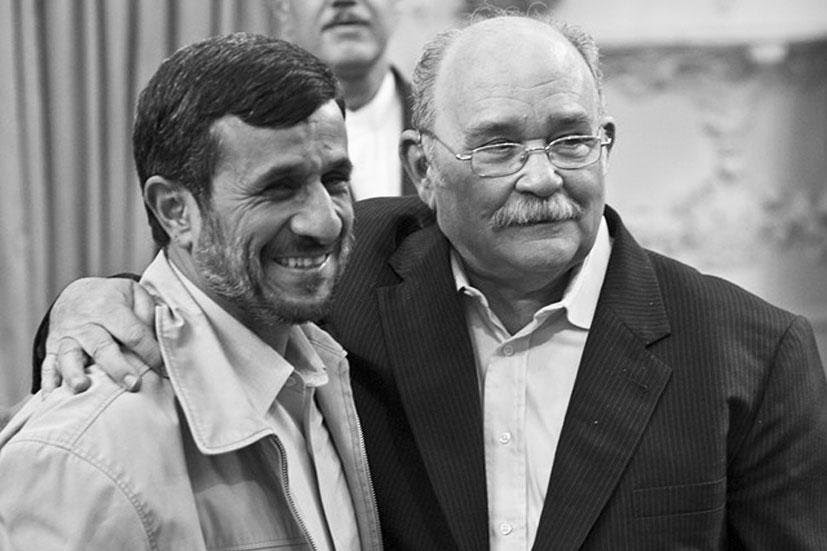 According to Maryknoll Fr. Miguel D’Escoto, winner of the
“Lenin for Peace” award and seen here embracing Iranian
President Mahmoud Ahmadinejad, the blame for the economic
crisis is the “powerful who stole their wealth and services”
and the solution is “egalitarian communal wealth.”

Their vision of the earth as a sacred being leads them to promote economic “decline” and a rejection of all human activity on earth. For this reason, they hold as sacred the tribal life of native peoples.
In view of all this, it is a duty of Catholics, particularly those who dedicate themselves to the defense of the family, to denounce this internal revolution in the Church, a revolution whose harmful influence is already being seriously felt in civil institutions.
The Spanish-language book is the result of research on the spread of the errors of eco-feminist doctrines in Catholic circles, and particularly in Chile.

For a Spanish PDF version of this book, please Click Here.

The fact that the movement has an extensive network of contacts outside Chile and especially inside the United States leads one to conclude that the work is of great interest to Americans as well.
Juan Antonio Montes Varas is co-author of two other books on the crisis in the family published in Chile, president of the Fundación de Estudios Culturales Roma and director of Acción Familia. For many years he was also a director of the Chilean Society for the Defense of Tradition, Family and Property. He has written for several magazines around the world, including Radici Cristiane in Italy and Catolicismo in Brazil.
The book is available online in Spanish and can be downloaded by clicking here.

Posted by Robert Ritchie at 9:38 AM