I came across a most beautiful booklet about the Virgin Mary written by the holy French priest, Father Thomas de Saint-Laurent. 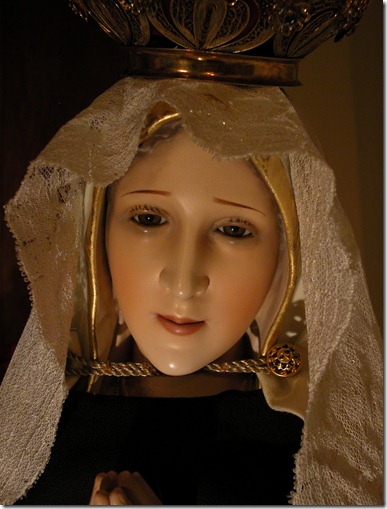 In it, he makes most insightful comments about Our Lady.  He writes:

“God created the angels and made them participants in his infinite delights, but a great number of them preferred the satisfaction of their pride to the beatific glories of divine charity.

“He created our first parents for happiness that surpassed beyond measure the greatest and highest aspirations of the human heart, but they turned away with ingratitude from their sovereign Benefactor.

“God could not accept this double defeat.  He owed Himself a splendorous revenge.  So, as it were, the incomparable Artist put Himself to work anew.

“He conceived the idea of an admirable creature that would surpass the beauty and splendor of man in his primeval innocence, and whose radiant perfection would make the most brilliant angels look drab.

“When the times were accomplished, God carried out this masterpiece of His intelligence and love; He created the Virgin Mary.

“And the Immaculate Conception was the first privilege that He granted Her.   We ought to understand profoundly the  importance of this unique privilege.

Father de Saint Laurent wrote beautiful things about the Immaculate Conception, but due to time constraints, I will translate only one more passage from his work The Virgin Mary.

An explosion of glory

“The Most High did not Himself to creating Mary in the state of grace, as he did with the angels and our first parents.

“The theologians teach that from Her first instant of existence, the Most Holy Virgin far surpassed in perfection not only the highest angel, but all the angels and saints combined.”

Father Thomas de Saint Laurent was born in 1879 and died in 1949.  He was of noble ancestry and wrote many small books, most on religious and spiritual topics, all of which bear the mark of great unction.  His most well-known work is “The Book of Confidence”, which was translated into many languages and spread all across the world.