If you want all your prayers to be answered without fail and oblige God to meet all your wishes, the first thing is never to stop praying.

Those who get tired after praying for a time are lacking in either humility or confidence, and so do not deserve to be heard. 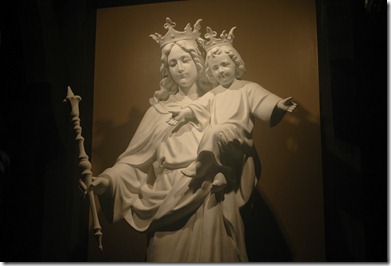 You would think that they expected their requests to be obeyed at once as if they were orders.  Surely we know that God resists the proud and shows His favors to the humble.

Won't our pride allow us to ask more than once for the same thing? It shows very little trust in God's goodness to give up so soon and take a delay for an absolute refusal.

Once we have really understood just how far God's goodness extends we can never believe that we have been refused or that He wishes to deprive us of hope. Rather, the more He makes us keep on asking for something we want, the more confident we should feel that we shall eventually obtain it.

We can begin to doubt that our prayer has been heard only when we notice we have stopped praying. If after a year we find that our prayer is as fervent as it was at the beginning, then we need not doubt about the success of our efforts, and instead of losing courage after so long a delay, we should rejoice because we can be certain that our desires will be all the more fully satisfied for the length of time we have prayed.

If our first attempts had been quite useless we would not have repeated them so often and we would have lost hope; but as we have kept on in spite of this, there is good reason to believe we shall be liberally rewarded.

In fact it took St. Monica sixteen years to obtain the conversion of Augustine, but the conversion was entire and far beyond what she had prayed for. Her desire was that her son's incontinence might be checked by marriage, and instead she had the joy of seeing him embrace a life of holy chastity. She had only wanted him to he baptized and become a Christian, and she saw him a bishop. She asked God to turn him aside from heresy, and God made him a pillar of the Church and its champion against heretics.

Think what would have happened had she given up hope after a couple of years, after ten or twelve years, when her prayers appeared to obtain no result and her son grew worse instead of better, adding avarice and ambition to the wildness of his life and sinking further and further into error. She would have wronged her son, thrown away her own happiness, and deprived the world of one of the greatest Christian thinkers.

Posted by Robert Ritchie at 4:38 PM