No more votive candles in some churches?

Today with all of the true luxury that every American enjoys, it is very easy to lose sight of the Cross. The poorest of Americans live better than the wealthiest centuries ago.  We have shelter that is warm in the winter and cool in the summer.  We have plenty of food to eat, plenty of clothing to wear.  We have excellent health, so much so that the longevity of Americans exceeds by decades the average life expectancy of the past. We not only have freedom of movement, but just about every American owns a car.  There are hotels and restaurants everywhere attesting to the abundant wealth of our nation.

We are currently suffering economic difficulties, but even with all of that there is still so much prosperity.  The proper use of this bounty can be a good if it is used to help us become better Catholics.  Sadly, too often lives become dominated by the possessions we own, instead of the other way around.

In the past men faced the cross each and every day.  Maybe they were cold, or hungry, or did not have adequate clothing, or suffered from sickness and disease. It was not uncommon to lose a child or a spouse or a sibling to sickness.  These various trials kept the Churches full.  Votive lights burned everywhere in the churches, a testimony of the amount of prayers made to Our Lord, to Our Lady and to the Saints. Today, some churches don't even have votive candles, in the others that do, they are few. 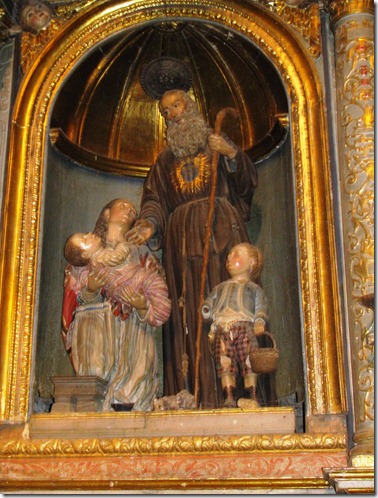 In some places in the world the cross is still remembered.  As one of the pilgrims who went to Quito, Ecuador related, he was impressed by the flocks of visitors to the Blessed Sacrament, to a statue of Our Lord, to Our Lady's altar, to St. Joseph's altar, to the altars of the Saints.  The faithful there would pray most fervently before the statue.  I am sure that since the current moral crisis is universal that this piety is much diminished from what it was. Nevertheless, there are still noticeable remnants.

Throughout Quito it was not uncommon to see the poor, the crippled and the sick.  When passed by a beggar it was obvious in most cases that the person truly needed help.  One woman who was missing both of her arms.  She had a simple basket in her lap for alms.

While such scenes were sad, in another sense they helped to remind the pilgrims that life is a vale of tears. Such scenes can also move us to practice the virtue of charity in person.

In America the poor, the crippled and the sick largely remain hidden from the public.  In Quito they are everywhere. 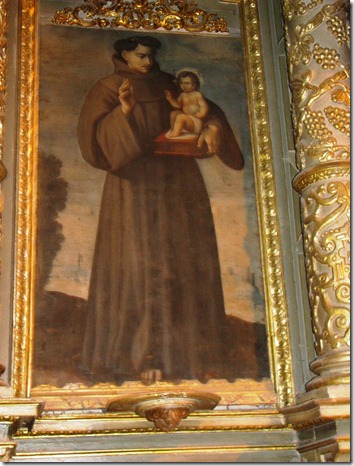 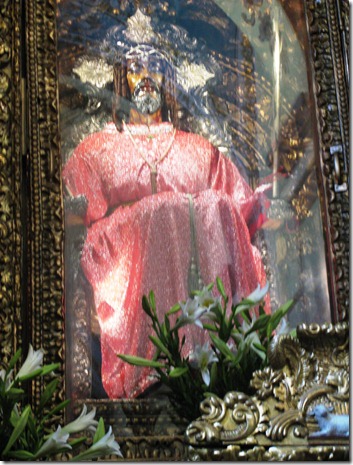 When the group of pilgrims visited the statue a man stood up and explained how this statue of Our Lord cured him of cancer.  He now visits that statue each and every day to give thanks to Our Lord.

Something else that shows a remnant of understanding of the cross was that the Ecuadorians show a tremendous devotion to the passion of Our Lord.  Each and every church had at least one statue depicting some aspect of Our Lord's passion.  It was not a sanitized version either, but one where Our Lord's sufferings were graphic.

The average American far removed from suffering might find such representations repulsive.

For the pilgrims who venerated such statues it helped them to have a greater adoration for Our Lord and a greater gratitude for all that He suffered.  It also helped them to more keenly be aware that life is a vale of tears.

During this Holy Season of Lent let us reflect more on the passion of Our Lord and His sufferings for us.