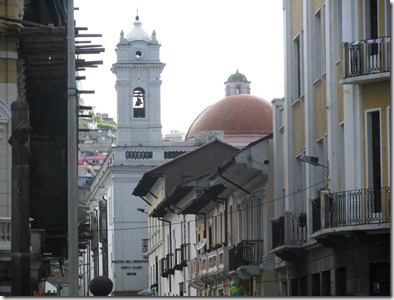 One of the places that the pilgrims visited in Quito was the convent chapel of the Poor Clares, called appropriately, The Monastery of St. Clare. 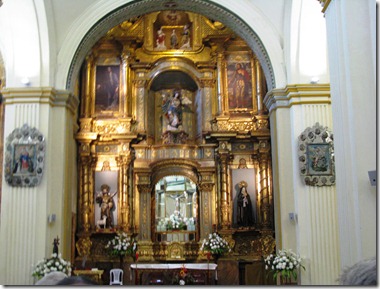 One of the sisters of the monastery gave the pilgrims a magnificent and detailed explanation of every detail of the chapel. 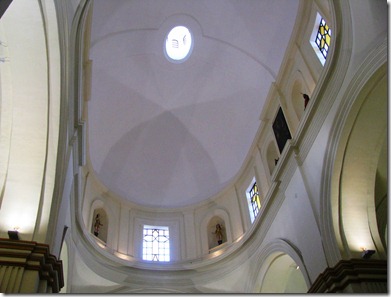 At the end of well over an hour Sister told the pilgrims that initially she promised fifteen minutes.  The enthusiasm and devotion of the pilgrims was so great with so many questions that she gave a lot of time.

The first thing that she explained to the pilgrims was the story of the founding of the monastery.  Soon after the Spanish arrived, the governor wanted to enact a law which would enslave the Indians.  The Bishop of Quito warned him, that that was contrary to Catholic morality, and even threatened the governor with excommunication.

The governor went ahead and so did the Bishop.  In anger for being excommunicated, the governor imprisoned the Bishop.  The governor's wife and three daughters were incensed at such a horrible sacrilegious crime.  In reparation for this sacrilege of imprisoning a sacred person, together they founded the Poor Clare Monastery.

Fortunately, before his death the governor repented.

Today with so many sacrileges we have lost the true indignation that sacrilege merits.  Back in that time, the faithful still had an understanding of the gravity of sacrilege, blasphemy and sin.

The chapel was full of beautiful statues of Our Lord, Our Lady, and of Franciscan Saints.

On one side of the main altar is a statue of St. Francis with wings.  St. Francis is known as the Seraphic Saint, because his love for Our Lord was like the Seraphic Angels, the highest court of angels in heaven.  On the other side of the altar is a beautiful statue of St. Clare holding the monstrance.  During St. Clare's life the Saracens raided the area around Assisi as they approached the monastery where St. Clare resided. 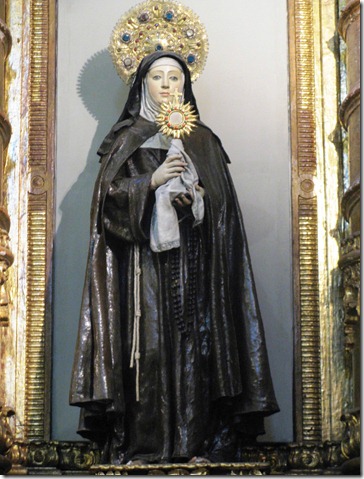 She went to the chapel and brought out the monstrance at which the Saracens fled in mass panic and confusion.

Above the high altar is a statue common in Quito, Our Lady of the Apocalypse. 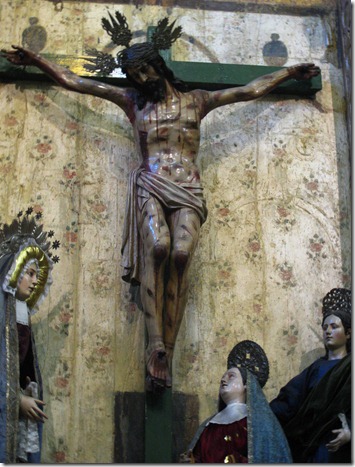 On the left side altar is a magnificent scene of the passion at Calvary. 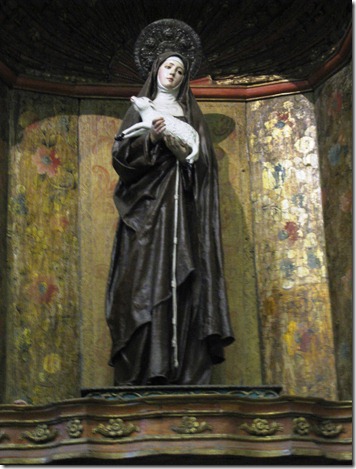 On the opposite side altar is a statue of St. Agnes of Assisi, sister of St. Clare. 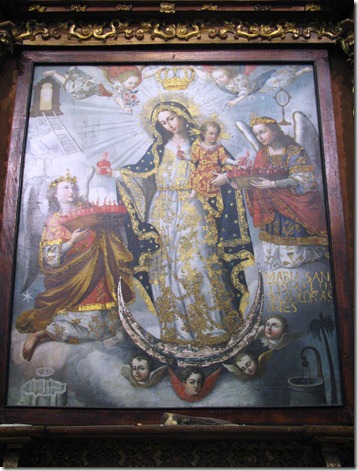 On one of the walls is a beautifully colored painting of Our Lady, of which there is a miraculous image within the convent walls. 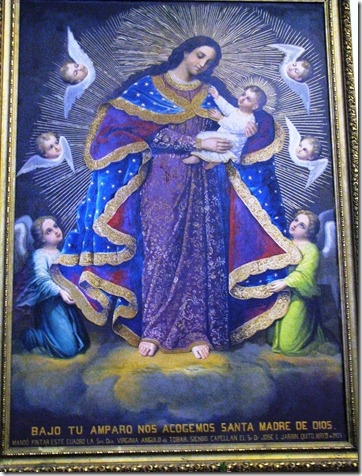 Posted by Robert Ritchie at 3:12 PM