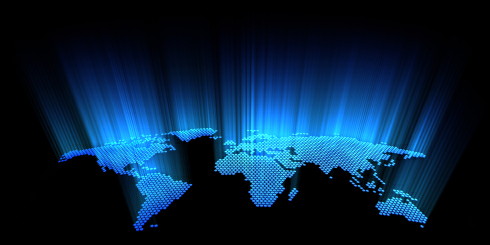 The history of human progress includes a phase during which he made tools for his use. These tools were made to help man by making the tool do the work; thus reducing the toil as well as obtaining a greater effect with minimal effort. Every tool—from the Stone Age to the sword, lance, etc.—had as its purpose to perfect a human action in order to save effort, whether that be to cut, to kill, to harvest, to open.

We are now going through a second phase in which man uses energies that are not human which he dominates. For example, fire, the water wheel, the windmill, and animal traction are all things that permit man to capture energy of natural or animal origin for his use. This is a greater step forward because he represents an effort that is not his own and by which he receives several benefits.

Human progress continued until such time (in the 18th and 19th centuries) when man invented the steam engine and discovered electricity. From that moment energies much greater than human ones, electricity in particular, increased man’s scope of action enormously. These energies developed one after the other in quick succession. Each successive progress helped the next advance, which was always greater until reaching what we have today.

They are already talking about capturing the energy of the stars. We know, for example, that tides are caused by the influence of the Moon over the Earth. It is an energy that the Moon exerts over our planet and influences it in a certain way. There are, therefore, forms of energy that can somehow be captured. It is a form of energy that, at a certain moment, could do the work of the brain and even penetrate in the life of the brain. Here man no longer governs energy, but the latter is used to govern man. It is matter trying to govern and mould the human soul.

For example, there is now a tendency to implant chips in people. This is a first attempt to manipulate mental energies through trans-psychology.

Cybernetics and trans-psychology are thus established. However, this is a trans-psychology at an entirely different level since it represents energies of a spiritual nature that are far superior to laser beams. It is impossible to foresee what results such energies might have and what alterations they could produce in human life. These are unimaginable outcomes that appear on the horizon.

In sum, we have discussed about electricity, cybernetics and trans-psychology. There are other things to come that may bring new data of another nature to the fore. God seems to have permitted man to discover what we could call the keys that govern the Universe which, until a couple of centuries ago, were only known to the angels, but now have become part of human knowledge.

I am not saying that this development is intrinsically evil. What I am saying is that either man is increasingly guided by Christian wisdom so that the level of his faith, intentions, and virtue are even greater than the energies he is mobilising, or he is walking towards disaster. This disaster will be as great as the difference between the religious-moral element and the energy element.

Example of good and bad kings

In order to make what I am saying more tangible, let us imagine a king who, with the tip of his sceptre, has all the power man has today. Let us say he is a magician who, with the wave of his sceptre, can put the whole universe, even the minds, in order or disorder. If such a king were a saint like St. Louis IX of France one can expect all sorts of good results; but if were like King Philip the Fair, St. Louis’s grandson, then any disaster could happen.

Thus, the bifurcation between truth and error, good and evil, in this situation can prove to be terrible. Any good action brings magnificent results, while any infidelity to wisdom becomes a precipice to evil with dire consequences as a result of the power man himself acquired.

If this is so, what is our situation? We find ourselves in an “energy deluge”. The expression is concise and precise. In other words, just as there was a flood of water, there is a flood of unbridled energy that can crush and overwhelm mankind. It may well be that we are already crushed and overwhelmed. Man is being enslaved by these machines and being crushed more terribly than if he were being annihilated. If humanity reaches the point of generalised implantation of chips within the brain, it will have consummated this enslaving process.

Such a flood is more terrible than the flood in Noah’s time, which was an occasion for many to be saved, as affirmed by St. Peter in his First Epistle (1 Peter 3:20). I do not see anyone asking for pardon or conversion in this “energy deluge”.

At the beginning of the 1980s, Prof. Plinio Corrêa de Oliveira warned that the digital revolution could become a veritable “energy deluge”.  The above text was a talk given to young people on 28th February 1982 (he did not review the text). It is impressive to see how far ahead the distinguished Professor foresaw what we witness today.

(*) TFP Viewpoint is published by the Tradition, Family, Property Bureau for the U.K. editor@tfpuk.org.uk