Which virtue of God does the tulip symbolize? 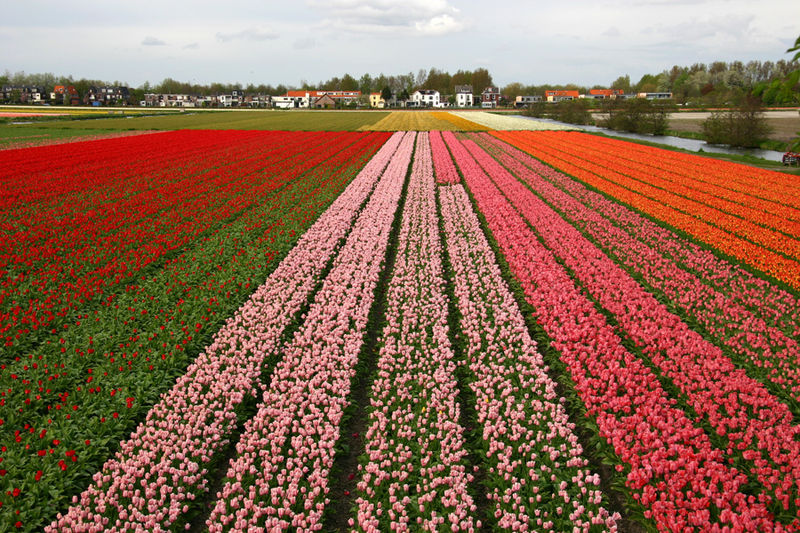 A tulip is such a beautiful flower that upon seeing it one asks oneself if anything prettier could exist.  It exists in various colors, including black. It is the only flower I know that exists also in black.

What is its beauty?

Of course it is the beauty of color, but also that of harmony.  There is a ratio between height and diameter and the size of each blossom which makes it a masterpiece of coherence.

And when we admire it we feel the joy of being a rational being and feeling the beauty of reason... we do not feel the beauty of fantasy. Fantasy is not present here; reason is. It is an order of beauties such as that of the rose and so many other beauties of wondrous Europe in which everything is balanced, rational and without fantasy (except in a famous Peninsula—Italy—already in the fanciful shape of a boot). 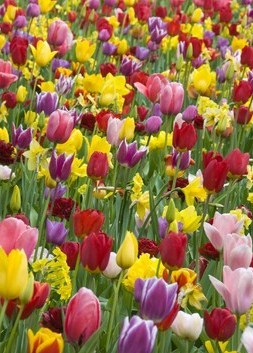 You may ask: “Is this the only beauty of the tulip?” I answer: no. It is very proportional to its stem, does not weigh on the rest, and has the right size: it is a true masterpiece!

It gives us, modern men, an especially interesting teaching. The contemporary mentality is profoundly distorted in its view of an order of values which God has established and that can be considered on the metaphysical plane. Because of his egalitarian tendency, modern man fails to consider as first class many things that really are. According to the modern mentality, if something is not first class it is second class. And when something is seen as "second class" a pejorative connotation already enters: it is a worthless piece of junk.

Can you say that the tulip is a second class flower in relation to the rose? While it is certainly not as beautiful as the rose, it is not second-class in the pejorative sense of the term. It is a beautiful flower that constitutes a wonder of the floral world in its own right. It stands right next to the rose. Upon seeing it one should not even compare it with the rose because it is supreme in its own form of beauty while being less beautiful than the rose. Why? Because revolutionary contemporary man has this stupid idea that anything that is not top notch is rubbish. On the contrary, there are a great many places in the whole gradation of things; and we should love the beauty proper to each degree.

The orchid teaches us modesty and humility in the sense that, while not being the first it finds itself so high in the hierarchy of values and gives such a splendid glory to God Our Lord Who created it that it proves that hierarchy has a reason for being. It is not about beings crushing one another but rather respecting one another in their varying shapes and unequal levels of brilliance. In this sense we could say that the orchid is a flower of anti-egalitarianism. 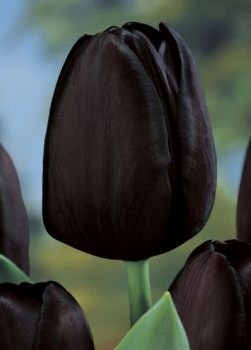 Black tulip, the “Queen of the Night”

Now, when I heard that black tulips existed I asked myself: What is the use of a black flower? Making cross-shaped wreaths for the deceased? Well, there must be some reason for the existence of black tulips.

The French decorate their shop windows with a particular flair. For example, they will put flowers even in shoe stores and you stop by and end up buying from them because someone really intelligent set a jar with flowers in a corner...

While riding a car in Paris I once saw in a shop window (it was not a florist) a vase with tulips of various colors and a black one right in the middle. How beautiful, I thought. And then I understood why God made black tulips. You cannot imagine how it brought out the beauty of all the other tulips! That black tulip provided such a contrast with the rest that if someone tried to take it out I would say: Don’t do it because it is one of the most beautiful notes of the jar!

That was a rational form of fantasy, a la French. It was a theorem about colors. As the car went by with the speed of the old French cabs of yesteryear – slowly – my eyes marveled at it and my intellect even more so because I understood the reason why God had made that wonder. 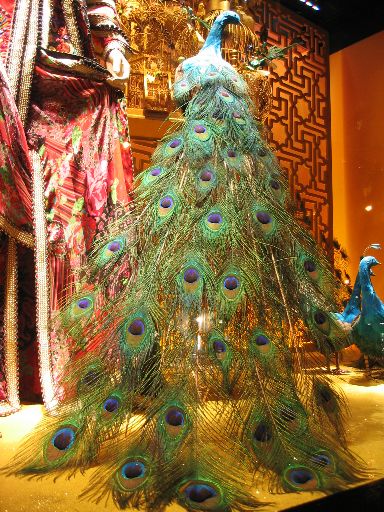 Partial view of a fabric shop window in Paris

Used with permission from:

Saint of the Day by Plinio Correa de Oliveira, March 6, 1971 - Without revision of the Author

Posted by Robert Ritchie at 9:36 AM