Catholic hero smashes the idols of the gods 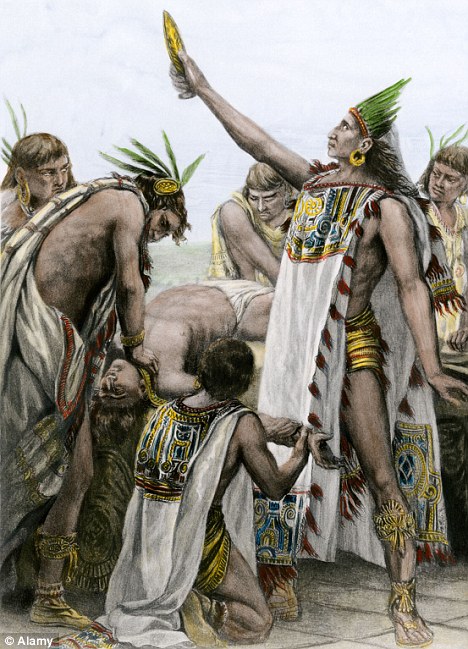 For the coronation of the one Aztec king 80,400 human hearts were cut out in four days.

[Cortés] sees the idols, and the gruesome traces of their inhuman worship, and he grows sad, wonders, questions God, offers to serve Him by freeing the land from that abomination; then, he argues about it with the [pagan] priests; hears their resolution to die for their gods, and the cautious captain in him rapidly takes a few tactical precautions. But, does he change his strategy? Does he for one second reflect that in one minute he may destroy the magnificent success of a whole winter of hardship, courage and intelligent perseverance? Does he think of his gold now safely stowed, of his power now safely established? Not for a second. He seizes an iron bar, even before the Spaniards he has sent for have arrived, and leaps on the idols to smash them to pieces before the dumbfounded priests. 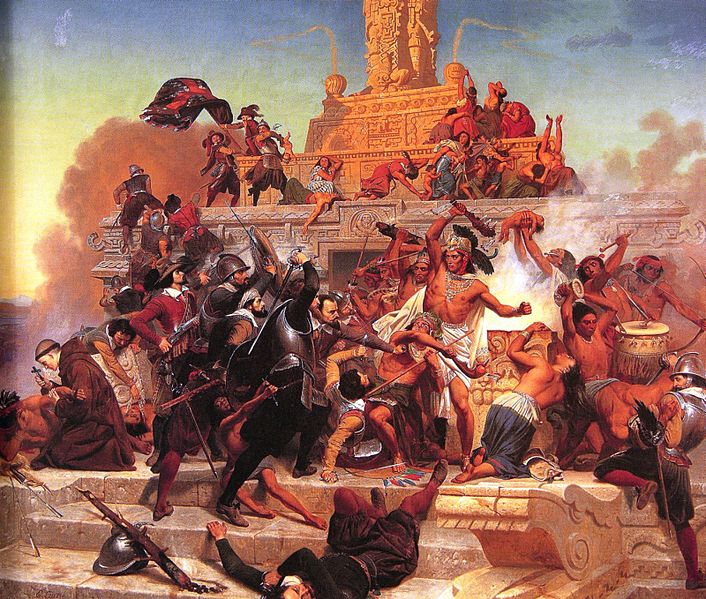 Storming of the Teocalli by Cortez and His Troops. Painting by Emanuel Leutze.

Tapia, and no doubt also his companions, saw him greater than himself, rising in space as high as the gigantic idols he was challenging and destroying. He was greater than himself…. The march begun on the swamps of Veracruz, higher and higher and ever higher up the slopes of the Cordillera to the very heart of lofty Mexico, had to end in this highest of all ascents—on the top of that tower of the Chief Teocalli, where Cortés hit Uitzilopochtli between the eyes. That morning was the culminating moment of the conquest…. Had he been a less reasonable man, his action would have to be discounted as that of a hothead, below the standard which man must reach to be fully grown to manhood; but no. Cortés was caution and reason incarnate. His action was not below reason, but above reason. And that is why it is legendary, as are all those acts whereby man rises above men.

Short Stories on Honor, Chivalry, and the World of Nobility—no. 244