If you like stained glass, here’s the man to thank-- St. Benedict Biscop 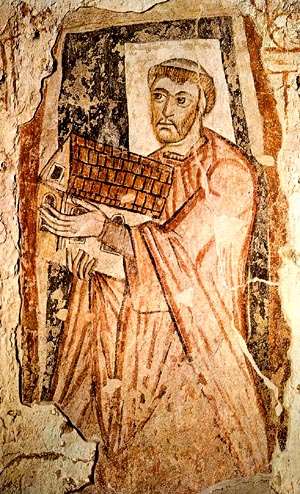 He spent his youth at the court of the Northumbrian King Oswy. When twenty-five years old, he made the first of his five pilgrimages to Rome. On his return to England, Benedict introduced, whenever he could, the religious rites as he saw them practised in Rome. Soon afterwards he made a second pilgrimage, stopping on his return at Lérins, in 666, to take the religious habit. When, two years later, he returned to Rome, Pope Vitalian sent him and the monk Adrian as advisers with Theodore, the newly appointed Archbishop of Canterbury. After two years, in 671, he resigned this office and made another pilgrimage to Rome. During this and his two succeeding pilgrimages to the city of the Apostles he collected numerous relics, books, and paintings for the monasteries of Wearmouth and Jarrow, the former of which he founded in 674, the latter in 682. He also engaged Abbot John, Arch-cantor of St. Peter’s in Rome, to teach Roman chant at these monasteries. Benedict was the first to introduce into England the building of stone churches and the art of making glass windows. 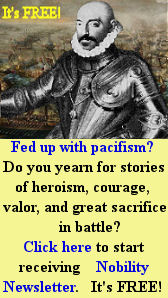 Posted by Robert Ritchie at 3:32 PM