In Britain, royal heirs can marry a Muslim, but not a Catholic?

The law will…remove the ban on royal heirs marrying Roman Catholics… — there is no such prohibition on heirs marrying into Islam, Hinduism or other faiths. This presents potential problems when allied with the continuing ban on Catholics taking the throne, which is designed to protect the monarch’s position as head of the Church of England… It raises the possibility that an heir and their Catholic spouse would bring up Catholic children who would then be in line to inherit the throne — but be barred from taking it.

To read the entire article on AFP, please click here. 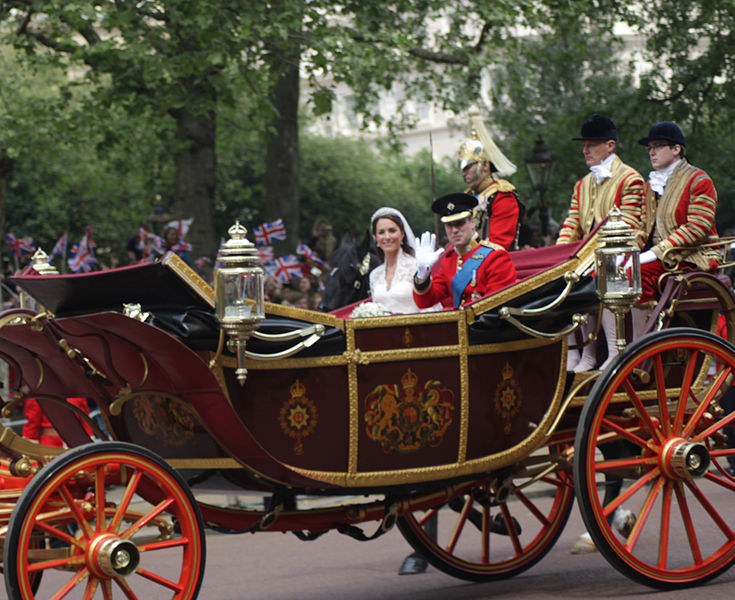 As this news article from Agence France Press mentions, there are two aspects of the proposed bill: (a) abolishing the 312-year old law that punishes royal heirs who marry a Catholic spouse with removal from the line of succession; (b) the abolition of Britain’s millennial tradition of male primogeniture in the same line of royal succession so that the first born child inherits rights of succession, regardless of gender.

Regarding the first of these two provisions, Nobility.org is in full agreement. We are adamantly opposed to the second.

Britain’s 1701 barring of royal heirs who marry a Catholic spouse from the line of succession was iniquitous and unjust law and therefore deserves to be abolished. Its only foundation is anti-Catholic bias. As the title of this post suggests, a royal heir can marry a spouse from any religion in the world, or no religion, and not lose succession rights. These rights are lost to the heir and all descendants if he or she marries a Catholic. This is iniquitous and unjustly discriminatory. It needs to be abolished.

The second aspect of this bill should be rejected by the British Parliament because of its egalitarianism. It breaks with Britain’s millennial tradition of male primogeniture whereby succession rights go first to any prince regardless of his order of birth in the Royal Family, and, in the absence of a prince, the rights go to a princess. While not as rigid as the French millennial Salic Law, male primogeniture is Britain’s tradition and thus should be maintained. Egalitarian ideology is the sole reason for proposing the abolition of this tradition.

This egalitarian ideology wants to eliminate every difference and hierarchy in society. It dreams with a flat, level, egalitarian utopia. The world it envisions stands in stark opposition to the natural order placed by God throughout Creation which is filled with inequalities, inequalities of order, and inequalities within the orders of creation. Men were created equal in their human nature, but are profoundly unequal in their accidents. Some are tall, some short. Some are rich, others poor. Some are intelligent, others just barely get by. Some are gifted with one talent, others with another. And on and on. Our differences are complementary and help build a healthy, harmonious, strong, and hierarchical society. Egalitarian ideology is the the essence of a Communist worldview. It is contrary to Britain’s best interests to espouse any part of this egalitarian ideology.