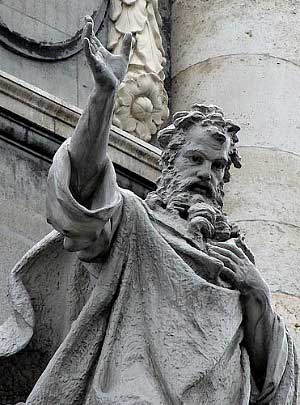 Irenaeus was born around the year 125 in a province in Asia Minor. He was a brilliant student and well versed in the Holy Scriptures, which led him to serve as a priest under St. Pothinus, the first bishop of a local church.

His fellow clergy thought highly of him, so highly, in fact, that in 177 when the persecution of Catholics in Lyon in France began, they sent him away to Rome because St. Pothinus wanted to preserve him from martyrdom.

Irenaeus returned to Lyon and became a bishop. He remained a bishop for about twenty years, wrote several works against heresy and dedicated his life to evangelizing. He died around the year 202, and is known as one of the most distinguished theologians of his time.
Posted by America Needs Fatima at 10:01 AM