Paula Frassinetti was born in Genoa, Italy into a Catholic family. At nineteen, she left home to live with her brother, who was a priest, to fulfill the call she felt toward a life of servitude to God. 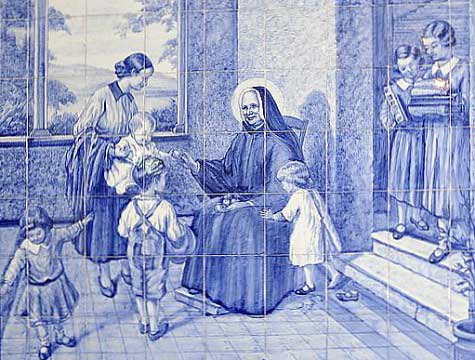 Paula often assisted her brother in teaching poor children at his parish, and soon realized her vocation as an educator. In 1834, she and six other women began a school for the poor, and became known as the Sisters of St. Dorothy. The congregation grew quickly, and the schools eventually spread across Italy, then to Europe and Africa, Asia and onto the Americas, many of which remain open to this day.

Sister Paula Frassinetti died in 1882 and was canonized in 1984.
Posted by America Needs Fatima at 12:00 PM