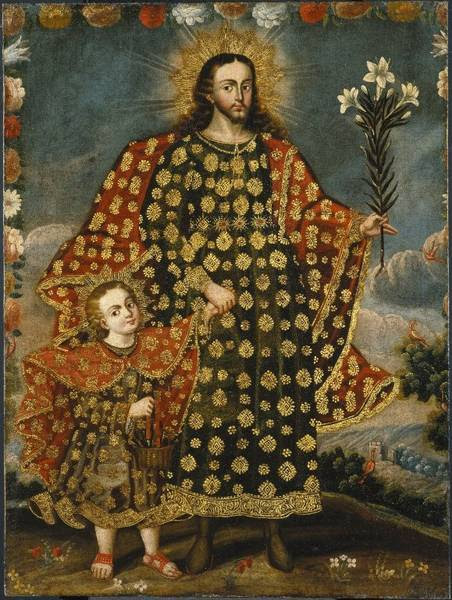 St. Joseph and the Christ Child. Painting at the Brooklyn Museum, Cuzco School

When God the Father resolved to give His Son to the world, He wanted to do it honorably, for He is worthy of all honor and all praise. He thus prepared Him a court and royal service worthy of Him: God wanted, even on earth, for His son to enjoy, if not in the eyes of men, then at least in His own eyes, an honorable and glorious reception.

God did not improvise the mystery of grace of the Incarnation of the Word, and those who were chosen to pay a role had been prepared by Him long in advance. The court of the Son of God is composed of Mary and Joseph: God himself could not have found more worthy servants for His Son.

Let us consider above all Saint Joseph. Charged with the education of the royal Prince of heaven and earth, charged with governing and serving Him, it was necessary that his service honor his divine pupil: God cannot be ashamed of His Father. And since He is king, of the blood of David, He has Joseph be born of this royal line; He wants Him to be noble, even of earthly nobility.

In Joseph flows the blood of the Davids, the Solomons, and all the noble kings of Judah; if the dynasty still sat on the throne, he would be the heir and should have sat on the throne in turn. Pay no mind to his actual poverty; injustice had chased his family from the throne which was their due; he is no less a king for this, the son of these kings of Judah, the greatest, the most noble, the richest in the universe. Thus in the census records of Bethlehem, Joseph will be registered and recognized as the heir of David by the Roman governor: therein lies his title; it is easy to recognize and bears the royal stamp. 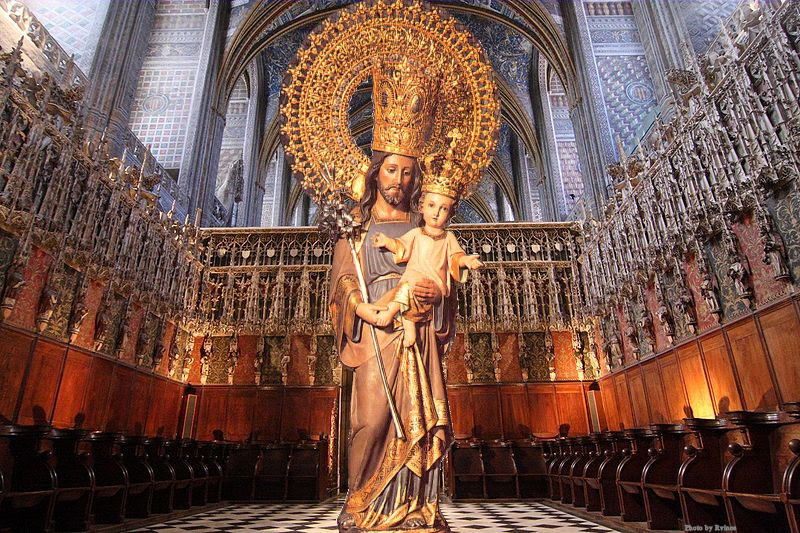 What does the nobility of Joseph matter? You might ask. Jesus came only to humble Himself. I answer that the Son of God, who wanted to humble Himself for a time, also wished to unite in His person all types of greatness: He too is a king; through His birthright, He has royal blood. Jesus is noble; and when He chooses His apostles from the commonalty He ennobles them: He has that right, being son of Abraham and heir of the throne of David. He loves this honor of families: the Church does not judge the nobility in terms of democracy; let us respect what she respects: nobility is a gift of God.

Must one then be noble to serve God? If you were noble you would bring Him further glory; it is not necessary, however, and He is satisfied with good will and nobility of the heart. Nonetheless, the Church annals show us that a large number of saints, and the most illustrious ones, had a blazon, a name, an illustrious family; many were even of royal blood. Our Lord loves to be honored by all that is honorable. Saint Joseph received a perfect education in the temple, and God thus disposed him to be a noble server for His Son, the knight of the most noble prince, the protector of the most august Queen of the universe.