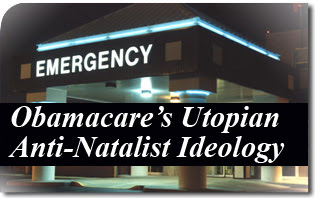 There is no question as to the desirability of an efficient, quick and humane health-care system that would cover everyone. However, common sense suggests and actual attempts made around the world to achieve such universal coverage have shown that it is nothing but a dream, an unattainable utopia.

The Dangers of Bureaucratizing Medicine
The more gigantic an organization becomes, the more its bureaucracy grows, driving itself away from those it should provide care for. Even worse, bureaucrats position themselves in the middle, making decisions for both doctors and patients. This massification of medical services runs counter to one of the most elementary principles of social life: the principle of subsidiarity.

The Principle Of Subsidiarity Is the Contrary of Socialism
According to this principle — which is contrary to socialism — what can be done by an individual or a smaller human group should not be assigned to or assumed by a larger group.
The principle of subsidiarity is born from the fact that man is not only a social being but also a rational, essentially free and responsible being. His rational nature is the foundation for this principle which guarantees his right to resolve his problems either by himself, through his family, or through other intermediate social bodies, without being obliged to wait for solutions from public authority.

This principle of subsidiarity is anchored in natural law. Along with the principles of solidarity and authority it is one of the three pillars of Catholic social doctrine in the quest for the common good proper to society.2

Socialization of Medicine and Ideological Persecution
On the other hand, the socialization of medicine places in the hands of government a terrible weapon that can be easily used to pressure and persecute citizens or impose ideological agendas that have nothing to do with health.

This is precisely what happens with the so-called Obamacare.
It creates a huge bureaucratic machine in which technocrats, more than physicians, will have the all-important say on how patients are treated and whether or not to free up the necessary resources to save their lives, and this is especially the case when it comes to the elderly.3

A Baby Is Not a Disease: Anti-Natalist Ideology
Obamacare’s ideological bent clearly shows in the State interventionism that will dominate one sixth of the nation’s economy – a sector that affects everyone since it deals with health. However, Obamacare’s ideological and totalitarian aspect becomes even more apparent when we consider the Administration’s coercing insurance coverage in the areas of contraception, sterilization and abortion.

According to the final rules promulgated by the Department Health Human Services, all insurers will have to provide sterilizations, contraceptive pills and devices and abortifacent drugs, free of charge.

Leaving aside for a moment all considerations on the moral wrongs of contraception, it is glaringly obvious that a woman’s fertility is not an evil to be prevented or an illness to be cured. Rather, it is a sign of health, and fertilization and conception are the natural, healthy consequences of a normal sexual relationship.

To impose contraception in the guise of preventive services4 is clearly ideological. It stems from an anti-natalist philosophy, not from a medical necessity. It is also tragic, since a child is a blessing not a disease.