Antigonus, the father of this saint, was a nobleman of the first rank and quality in the court of Theodosius the younger, nearly allied in blood to that emperor, and honored by him with several great employments in the state. He was married to Euphrasia, a lady no less illustrious for her birth than virtue, by whom he had only one daughter and heiress, called also Euphrasia, the saint of whom we treat.

After her birth, her pious parents, by mutual consent, engaged themselves by vow to pass the remainder of their lives in perpetual continency, that they might more perfectly aspire to the invisible joys of the life to come; and from that time they lived together as brother and sister, in the exercises of devotion, alms-deeds, and penance. 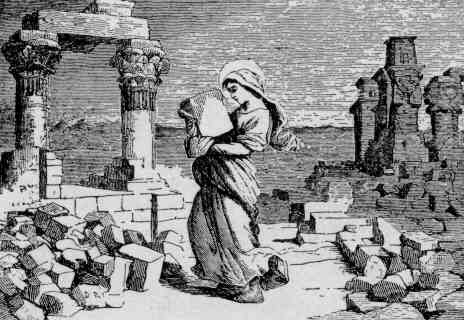 Antigonus died within a year, and the holy widow, to shun the importunate addresses of young suitors for marriage, and the distraction of friends, not long after withdrew privately, with her little daughter, into Egypt, where she was possessed of a very large estate. In that country she fixed her abode near a holy monastery of one hundred and thirty nuns, who never used any other food than herbs and pulse, which they took only after sun-set, and some only once in two or three days; they wore and slept on sackcloth, wrought with their hands, and prayed almost without interruption.

When sick, they bore their pains with patience, esteeming them an effect of the divine mercy, and thanking God for the same: nor did they seek relief from physicians, except in cases of absolute necessity, and then only allowed of ordinary general remedies, as the monks of La Trappe, do at this day. Delicate and excessive attention to health nourishes self-love and immortification, (1) and often destroys that health which it studied anxiously to preserve.

By the example of these holy virgins, the devout mother animated herself to fervour in the exercises of religion and charity, to which she totally dedicated herself. She frequently visited these servants of God, and earnestly entreated them to accept a considerable annual revenue, with an obligation that they should always be bound to pray for the soul of her deceased husband. But the abbess refused the estate, saying: “We have renounced all the conveniences of the world, in order to purchase heaven. We are poor, and such we desire to remain.” She could only be prevailed upon to accept a small matter to supply the church-lamp with oil, and for incense to be burned on the altar.

The young Euphrasia, at seven years of age, made it her earnest request to her mother, that she might be permitted to serve God in this monastery. The pious mother, on hearing this, wept for joy, and not long after presented her to the abbess, who, taking up an image of Christ, gave it into her hands. The tender virgin kissed it, saying: “By vow I consecrate myself to Christ.” Then the mother led her before an image of our Redeemer, and lifting up her hands to heaven, said: “Lord Jesus Christ, receive this child under your special protection. You alone doth she love and seek: to you doth she recommend herself.” (2) Then turning to her dear daughter, she said: “May God, who laid the foundations of the mountains, strengthen you always in his holy fear.” And leaving her in the hands of the abbess, she went out of the monastery weeping.

Some time after this she fell sick, and being forewarned of her death, gave her last instructions to her daughter in these words. “Fear God, honour your sisters, and serve them with humility. Never think of what you have been, nor say to yourself that you are of royal extraction. Be humble and poor on earth, that you may be rich in heaven.” The good mother soon after slept in peace.

Upon the news of her death, the emperor Theodosius sent for the noble virgin to court, having promised her in marriage to a favourite young senator. But the virgin wrote him with her own hand the following answer: “Invincible emperor, having consecrated myself to Christ in perpetual chastity, I cannot be false to my engagement, and marry a mortal man, who will shortly be the food of worms. For the sake of my parents, be pleased to distribute their estates among the poor, the orphans, and the church. Set all my slaves at liberty, and discharge my vassals and servants, giving them whatever is their due. Order my father’s stewards to acquit my farmers of all they owe since his death, that I may serve God without let or hinderance, and may stand before him without the solicitude of temporal affairs. Pray for me, you and your empress, that I may be made worthy to serve Christ.” 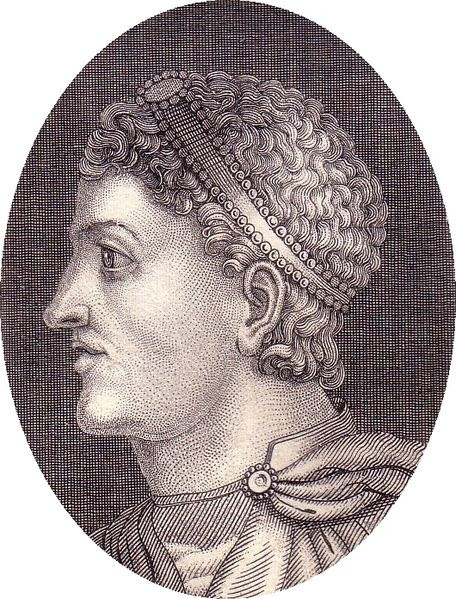 The messengers returned with this letter to the emperor, who shed many tears in reading it. The senators who heard it burst also into tears, and said to his majesty: “She is the worthy daughter of Antigonus and Euphrasia, of your royal blood, and the holy off-spring of a virtuous stock.” The emperor punctually executed all she desired, a little before his death, in 395.

St. Euphrasia was to her pious sisters a perfect pattern of humility, meekness and charity. If she found herself assaulted by any temptation, she immediately discovered it to the abbess, to drive away the devil by that humiliation, and to seek a remedy. The discreet superioress often enjoined her, on such occasions, some humbling and painful penitential labor; as sometimes to carry great stones from one place to another; which employment she once, under an obstinate assault, continued thirty days together with wonderful simplicity, till the devil being vanquished by her humble obedience and chastisement of her body, he left her in peace. Her diet was only herbs or pulse, which she took after sunset, at first every day, but afterwards only once in two or three, or sometimes seven days. But her abstinence received its chief merit from her humility; without which it would have been a fast of devils. She cleaned out the chambers of the other nuns, carried water to the kitchen, and out of obedience, cheerfully employed herself in the meanest drudgery; making painful labour a part of her penance.

To mention one instance of her extraordinary meekness and humility: it is related, that one day a maid in the kitchen, asked her why she fasted whole weeks, which no other attempted to do besides the abbess? Her answer was that the abbess had enjoined her that penance. The other called her a hypocrite. Upon which Euphrasia fell at her feet, begging her to pardon and pray for her. In which action it is hard to say, whether we ought more to admire the patience with which she received so unjust a rebuke and slander, or the humility with which she sincerely condemned herself; as if, by her hypocrisy and imperfections, she had been a scandal to others.

She was favored with miracles both before and after her death, which happened in the year 410, and the thirtieth of her age. Her name is recorded on this day in the Roman Martyrology.

See her ancient authentic life in Rosweide, p. 351, D’Andilly, and most correct in the Acta Sanctorum by the Bollandists.