This Saint King was awesome in the exercise of justice

He had arranged his business in such a fashion, that my lord of Nesle and the good Count of Soissons, and we others who were about his person after hearing mass used to go and listen to the Pleas of the Gate (which they call now “Petitions”). And when he came back from the minster, he used to send for us, and would sit down at the foot of his bed and make us sit all round him, and would ask us, whether there were any cases to be dispatched that could not be dispatched without him, and we named them, and he would send for the parties, and ask them: “Why do you not accept what our officers offer you?” and they would say: ” It is very little, Sir.” And he would talk to them as follows: “You ought really to take what people are ready to concede.” And in this way the holy man laboured with all his might to bring them into the right and reasonable course. 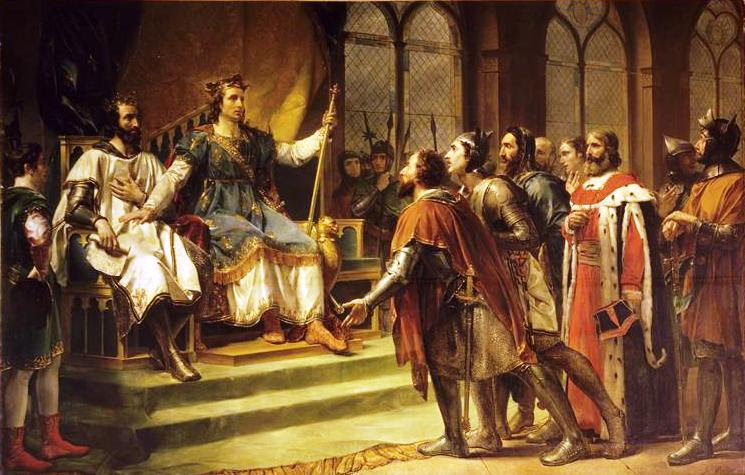 Many a time it chanced in summer, that he would go and sit in the forest of Vincennes, after mass, and all who had business would come and talk with him, without hindrance from ushers or anyone. Then he would ask them with his own lips: “Is there anyone here, that has a suit?” and those that had suits stood up. Then he would say: “Keep silence, all of you; and you shall be dealt with in order.” Then he would call up my lord Peter of Fontaines and my lord Geoffrey of Villette, and say to one of them: ” Dispatch me this suit! ” and if, in the speech of those who were speaking on behalf of others, he saw that a point might be better put, he himself would put it for them with his own lips. I have seen him sometimes in summer, when to hear his people’s suits, he would come into the gardens of Paris, clad in a camel’s-hair coat, with a sleeveless surcoat of tiretaine, a cloak of black taffety round his neck, his hair well combed and without a coif, and a white swansdown hat upon his head. He would cause a carpet to be spread, that we might sit round him; and all the people who had business before him stood round about, and then he caused their suits to be dispatched, just as I told you before about the forest of Vincennes. 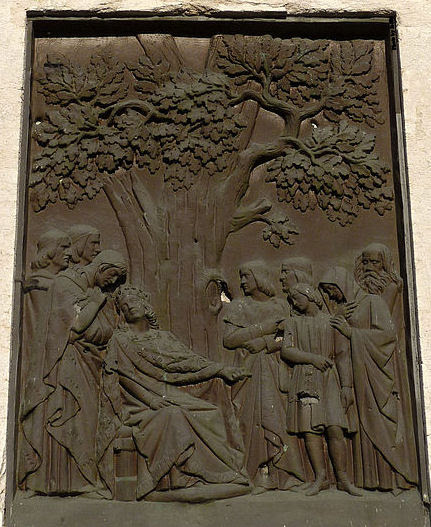 Short Stories on Honor, Chivalry, and the World of Nobility—no. 162