“Errors of Russia” Continue to Spread, As Our Lady Said At Fatima Vladimir Putin wants to restore the Soviet Union’s “glory” and revise, if not annul, the act recognizing the independence of the Baltic countries.

The Russian news agency Interfaxreported that the “new Russia” has decided to review the legality of the recognition of the independence of the Baltic republics Estonia, Latvia and Lithuania, the International Business Times reported.[1]

These once independent countries were occupied by the Soviet army as a result of the Nazi-Soviet Ribbentrop-Molotov Pact of 1939, which divided Europe into two spheres of influence: Communist and National Socialist. 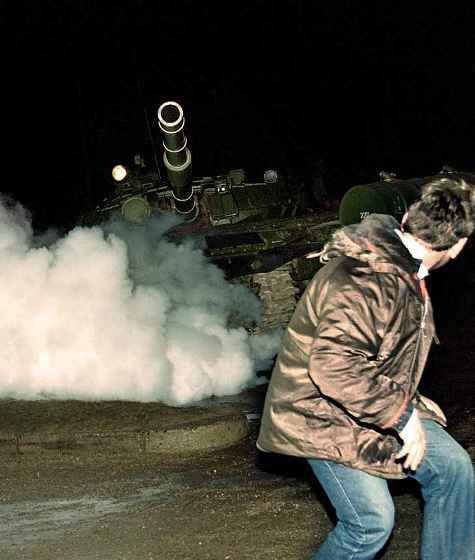 A Lithuanian flees a Soviet tank during the Russian takeover of Vilnius’ radio and TV station, January 13, 1991.

The Soviet occupation in June 1940 gave rise to a mass extermination of elites and widespread persecution of the Catholic Church in Lithuania.

The three Baltic countries regained their independence between 1990 and 1991 during the fall of the Soviet Union (USSR).

Process Declares Recognition of Independence Unconstitutional
Now Vladimir Putin wants to restore the past “glory” of the USSR of Lenin and Stalin and revise, if not annul, the act by the Russian Federation recognizing the independence of the Baltic States.

The Attorney General of the Russian Federation welcomed the request made by members of the Duma — the Russian legislature — denouncing the Council that recognized the said independence as a “non-constitutional body.”

The Minister of Foreign Affairs of Lithuania, Linas Linkevicius called the initiative an “absurd provocation.” His Estonian counterpart, Mr. Edgars Rinkjevics, spoke of an “unacceptable” decision. 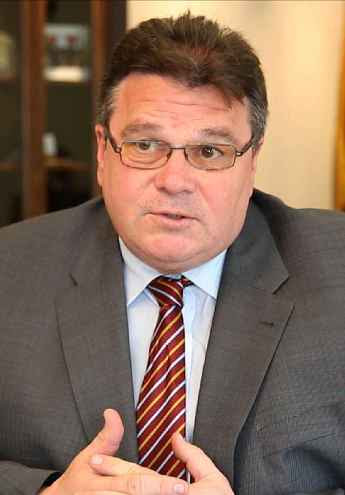 Lithuanian Foreign Minister Linas A. Linkevicius says this is an “absurd [Russian] provocation.”

This political maneuver is a clear threat in the new Cold War context promoted by the Kremlin in Central Europe.

In days preceding the statement, the same Attorney General had declared illegal the act by which Russia transferred sovereignty over Crimea to the Ukraine in 1954.

This act granted a spurious “legality” to the Crimean invasion ordered by Putin in 2014 and the subsequent annexation of the peninsula.

The Baltic republics have plenty of reasons to believe they will be the first to be invaded in case of conflict.

The Kremlin has already hinted it will exploit the significant presence of Russian minorities, particularly in Estonia and Latvia, to carry out a sudden invasion.

There is growing tension in the region, with massive troop movements by Russia and NATO. The Russian president has been hinting at using nuclear weapons against NATO, to which the brave Baltic countries belong.