This Is The Loving Hand of Divine Providence 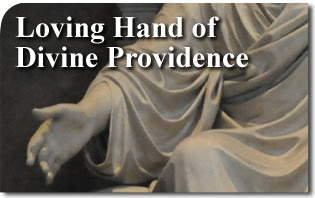 It is not uncommon for people, beset by problems that appear to have no human solution, to beseech God for help. Those who do so often perceive His loving hand providing for their needs. This is where the concept ofDivine Providence comes from.

This is but one example of the contrast between our secularist society which relies solely on human efforts and anorganic society, described so well in the book Return to Order, that recognizes and rejoices in God’s help.

We saw such a secularist humanist mindset during the April 15 Boston bombing. Of all the disturbing details, one fact went largely unreported. The severely maimed and dying victims of the terrorists were callously denied the consolation of the sacraments because Catholic priests were not allowed to approach. Two priests from nearby Saint Clement’s actually heard the explosion and gathered sacramental oils for anointing the sick but were not permitted to use them.[1]

This makes the story of Katie Lentz, a 19-year-old college student, who was nearly killed in a car accident all the more interesting. Human help had utterly failed as she lay trapped inside her mangled Mercedes on a lonely back road in Missouri.

Those at the crash scene — and anyone who has heard her story — clearly saw the hand of God come to her assistance in the form of a mysterious man who was quickly dubbed the “angel priest.” He showed up out of nowhere to comfort the dying girl and then just as quickly disappeared.

Trapped in a Mangled Mercedes
Katie Lentz had just left her parent’s home in Quincy, Illinois on the morning of Sunday August 4[2] and was on her way to Jefferson City, Missouri where she was working as an intern.
Near the town of Center, Missouri on a stretch of secluded highway, a driver coming in the opposite direction crossed the center lane and struck her head-on.

The force of impact crushed Katie’s vehicle and left it lying on its side. Police arrived and set up a roadblock for two miles in both directions. Seeing the seriousness of the situation a helicopter was brought in to evacuate the girl to a nearby hospital.
New London, Missouri Fire Chief Raymond Reed describes how they worked in vain for over forty-five minutes to extricate the young lady. Their tools were simply unable to cut through the multiple layers of twisted metal. An already impossible situation quickly appeared hopeless when a member of the helicopter evacuation team approached Mr. Reed with disturbing news. Although Katie continued to talk during the entire ordeal, her vital signs were fading quickly and if she did not get immediate medical attention she might not pull through.

“Her condition looked grim for her coming out of that vehicle alive,” they informed Mr. Reed. “She was facing major problems.”[3]

They decided to take a “life-threatening chance” to save the girl by turning the vehicle upright. Such a move was considered dangerous because the sudden change of pressure could kill a person in her condition. They were clearly out of options, but Katie was not and that’s when things got really interesting.

“Pray with Me, Out Loud”
Perhaps seeing the hopelessness of her situation, Katie asked someone to do that which is forbidden in our public school system: “Pray with me, out loud.” To the surprise of everyone in the immediate area, a lone voice responded, “I will.” Those at the scene were shocked when they turned around and saw a Catholic priest who just happened to have the necessary oils for the anointing of the sick.

His presence was odd for many reasons. First of all, the road had been blocked in both directions and absolutely no one was allowed to approach the scene. As they scanned the miles of crop fields that surrounded them, they could not help ask the logical question: “How did he get here?” Secondly, there was only one church in the nearby town and everyone knew the priest and the man standing before them was not he. Lastly, a question they perhaps did not raise but could cross the reader’s mind; how could such a priest, wandering the back roads of Missouri, know to carry the necessary elements to anoint the sick if he had no foreknowledge that he would happen upon the scene of someone in need of such a sacrament? 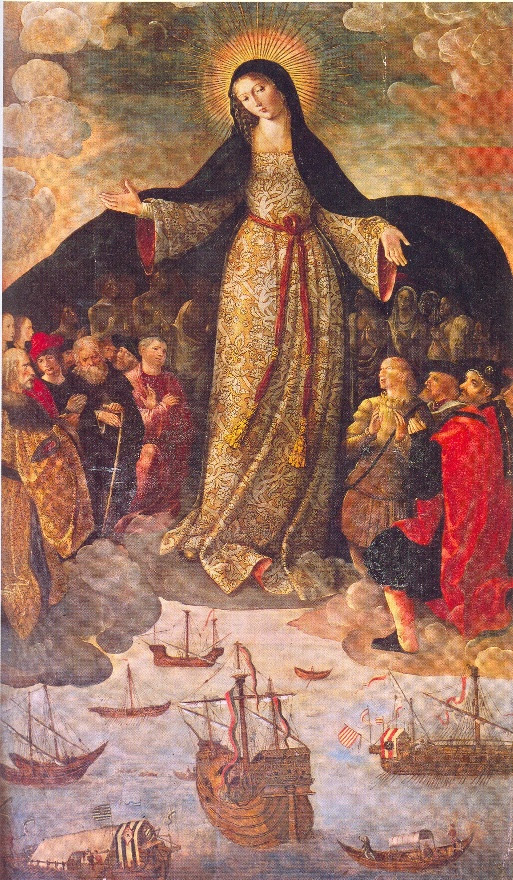 Our Lady protects the navigators through their
long and often perilous voyages.

When the mysterious priest expressed his desire to anoint the girl, Ralls County Sheriff’s Deputy Richard Adair didn’t think it was a good idea. He thought it might send a negative message to the girl that they had given up hope of saving her.[4]

The priest, who was described as being 6 feet tall and “silver-haired” said, “I just want to anoint her.” It was a request they could not refuse. “So we just let him come up to the scene,”[5] Sheriff Adair explained.

A Message Full of Confidence and Hope
“Reed and the other emergency workers were on their knees,” as the priest, “stood above them.”[6] He then approached the girl and after anointing and praying with Katie, Mr. Reed clearly recalled “a sense of calmness came over her, and it did us as well.”[7] Another firefighter who had witnessed the scene describes, perhaps inaccurately, how the priest sprinkled Reed and two other emergency workers with the oil also. It was more likely Holy Water which has an exorcistic effect and is commonly used by Catholic priests and the laity to drive away devils and attracts angels.

It was then that Mr. Reed distinctly recalls hearing a soothing voice that transmitted a message full of confidence and hope.

“I can’t be for certain how it was said”, explained Mr. Reed with a puzzled look, “but myself and another firefighter, we very plainly heard that we should remain calm, that our tools would now work and that we would get her out of that vehicle.”[8] Everything began to happen quickly after that.

Twenty crew members pulled together and sat the car upright and, much to the relief of paramedics, Katie’s vital signs actually improved. Moments later, another emergency crew arrived from Hannibal, Missouri with the necessary tools to free the girl. It was only after Katie had been placed in the helicopter and flown out of harm’s way that the emergency workers turned to thank the priest for his help and discovered, much to their dismay, he was nowhere to be found. Over seventy photos were taken at the crash site and he appears in none.

Was it an Angel or a Priest?
While the major print media have largely ignored this story, it would continue to send spine-tingling shock waves throughout the blogosphere and leave many, who are spiritually suffocating in our secularist word, grappling with one single question: Was it an angel of God or just a priest who acted like an angel?

This question caused no small amount of a marvelous sense of wonder in many and utter disdain in a few. At the center of these opposing reactions is the belief, or lack of, in angels, and the watchful hand of Divine Providence that is capable of solving problems that reach far beyond human providence.
Angels do exist and no amount of ridicule on the part of skeptics will change that fact. They were created by a loving and unselfish God to govern the Universe. The most striking example of this was the Angel Raphael, who appeared as a marvelous young man in the Old Testament to solve the problems of Tobias.[9]

Their assistance towards men in need has also been seen in our own days as in the case of a young Marine during the Korean War, who always had a strong devotion to Saint Michael. During a firefight he was wounded and lay dying on a battlefield but was saved by a mysterious man in his unit that neither he nor anyone else had ever met. That fellow Marine simply identified himself as Michael.[10] 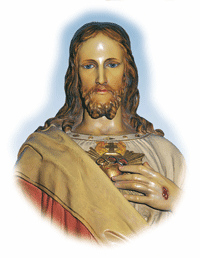 Those with Faith can always find help in the loving hand of Divine Providence.

The Mystery of the Soothing Voice
Such stories cannot help but enchant those who truly believe in angels. They also help to strengthen our Faith in God and belief in the supernatural. It is for this reason that some are disappointed that we now know the identity of the mysterious “angel priest” and find he was actually clothed in flesh and blood.

Fr. Patrick Dowling is the parish priest at a church in Jefferson City, Missouri. While he may not be quite six feet tall, he does have silver hair. It turns out that he had just said Mass for a fellow priest in Ewing, Missouri who was sick. He just happened to be driving back to his home parish, in Jefferson City when his path crossed that of Katie Lentz who had, just moments before, suffered what could have been a life-ending-accident.

His version of the events which took place at the scene of the accident matches the details swirling around the Internet. However, he very candidly admits being unable to explain “other mysterious events that coincided with his ministering at the accident scene.” He was alluding to the soothing voice which Mr. Reed admits not knowing from where it came.

“I did not say anything like the machinery would begin to work,” he said, “or they would succeed in getting [Katie] out of the car. That did not come from my lips, though two people heard it.”[11]
No, he was not an angel but the inexplicable and fortuitous turn of events in the case of Katie Lentz were clearly the work of Someone more powerful than the human tools. This is a story which brings a refreshing ray of supernatural sunshine in our secularist, socialist world that dares to think man is indomitable and can solve all our problems. When all else fails, those with Faith, can always find help in the loving hand of Divine Providence.

August 4 is the feast of the Curé d’Ars, the patron saint of parish priests who was known for his special solicitude for his parishoners. ↑