Impressions of the Shroud of Turin 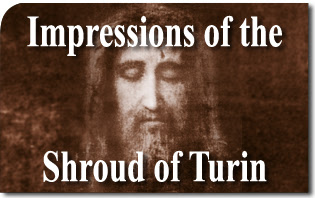 Commenting on the Holy Shroud at a lecture on March 10, 1973, Plinio Corrêa de Oliveira said the sacred cloth is a reflection of the soul of Our Lord Jesus Christ. Here are a few excerpts from that talk:

“Though dead, one notices in Him a curious thing: He was only 33 years of age when He died, but to our eyes today He seems much more mature. I would easily estimate His age to be 45 years. Our Lord Jesus Christ was 33, man’s perfect age, when He died. He lived up to the full maturity of man. And here one has a notion of absolute maturity.

“You can see enormous resoluteness and absolute maturity. A person who is fully aware of all that He thinks, that has an extremely mature judgment, on the one hand, and on the other hand an absolutely strong and determined will. He knows all that He wants, and He wants everything that He should want. This gives an idea of absolute order, manliness, and self-control."

Filial Petition to Pope Francis to Save the Family — Sign Here

Prof. Corrêa de Oliveira comments about another impression the Shroud causes: refusal and horror of the sin committed:

“I do not see on those closed eyelids the slightest sign of compassion. I have the impression that they closed in denial and horror of the sin that men committed.  On His Holy Face one notices the marks of the blows He received; His hair is disorderly. He was mistreated in every way. One perceives His protest of all this, but also His dignity.”

The eminent Catholic thinker also speaks about the extraordinary majesty of the Holy Shroud:

“You will have no difficulty perceiving the extreme responsibility and self-assurance of this figure. Looking at the Holy Face one is reminded of that episode of the Gospel when the executioners about to arrest Him [asked] if He was Jesus of Nazareth. And He said, ‘It is I’, and all of them fell face down. Such was His Majesty, His self-assurance.

“This answer: ‘It is I!’ recalls God’s definition of Himself to Moses when He appeared in a burning bush. Moses asked who He was. He answered, ‘I am He who is!’ If we were to say that this figure [of the Shroud] is defined thus: ‘! I am He who is', it would be absolutely defined because it is a communication with the absolute whole, a possession of the absolute whole, a self-assurance in which one sees that He is the standard and measure of all things and that He judges all things as King and as God, in function of Himself, which is a true marvel.

“At the same time we can glimpse into what His gaze might have of divinely suave and affable. We imagine what His language and the tone of His voice could possibly have of supremely affable. It is the coexistence of all virtues, all perfections, and all grades that can fit in nature, reflecting the divine nature bound to Him by the hypostatic union.

“On the other hand, it is interesting to note the severity of His expression. Our Lord died the victim of an atrocious crime. The worst of all crimes, the crime of deicide, produced and operated by the greatest torment ever reported in history.

“As you look at this countenance you can see He is like a Judge facing His tormentors. And that expression here is a truly divine rejection, reproach, disagreement and condemnation of those who killed Him. As if saying, ‘I am the Law, I am the Judge, and I am the Victim! And on these three counts I judge the crime perpetrated against me.’ This is truly majestic and awesome.”