Learning to know and love Our Lord Jesus Christ

“If any man say, I love God, and hateth his brother; he is a liar. For he that loveth not his brother, whom he seeth, how can he love God whom he seeth not?” (John 4:20).

I dare say that most of us have meditated, though no doubt insufficiently, on the Person of Our Lord Jesus Christ, and through our contemplation we have acquired a sense of what He is like. Imagine, however, the indelible impression that would result were we to have the unmerited grace and inestimable joy of seeing our Savior face to face! 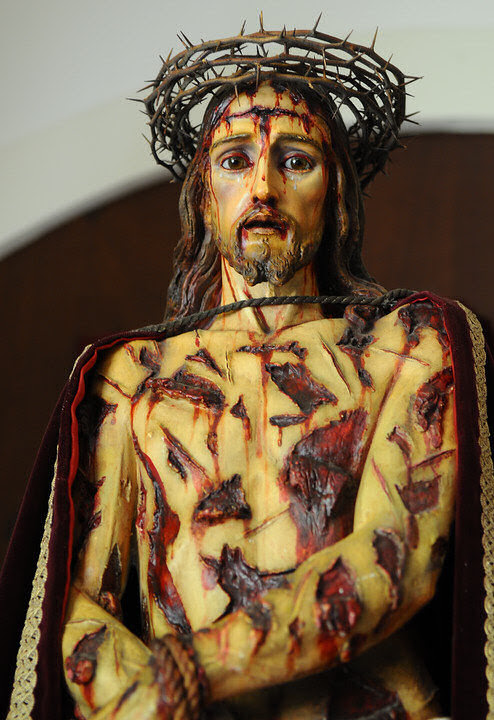 hat beatific encounter might recall the sentiments our souls derive from viewing the most sublime sacred images that are the treasures of Christendom. Yet the reality would surely far surpass the God-given talent of the most inspired artist to capture with his brush or of the most gifted sculptor to immortalize with his chisel.

Let us contemplate Christ without literary embellishment or melodramatics. Let us consider the lines of His face, the expression of His eyes, the resonance of His voice, the elegance of His bearing, in sum, everything that could give us a better idea of His Person. In short, let us use our divine gift of reason to guide our inner vision with the light of truth so that we need not grope in the dark.

We shall begin by reflecting on this insight of Saint John: “If any man say, I love God, and hateth his brother; he is a liar. For he that loveth not his brother, whom he seeth, how can he love God whom he seeth not?” The premise that underlies this question is that man was created not only to know, love, and serve God but to help his fellow man do the same.

Since man is made in the image and likeness of God, it follows that by studying man we should come to a better understanding of our Creator. Of course, Our Lord Jesus Christ is not merely and, therefore, not principally a man. Being the God-Man, He is principally God. Nevertheless, He is a man in the full sense of the word and, therefore, by studying man we can come to a better understanding of Christ, the perfect Man. And as Our Lord reminds us, “He that seeth Me seeth the Father also” (John 14:9). 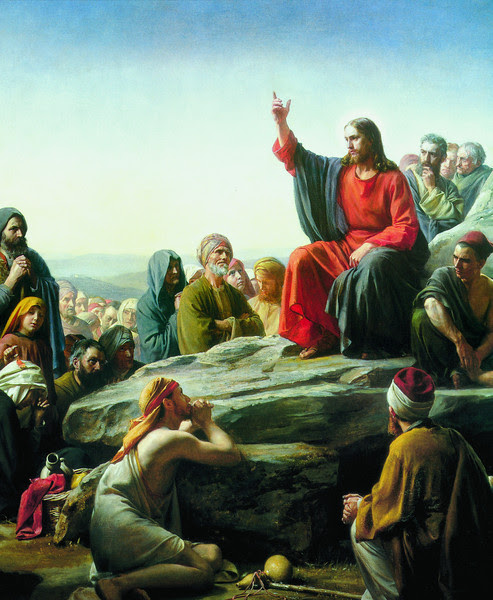 Sermon on the Mount

Accordingly, we shall analyze man and from our research draw a few principles that will convey something of the adorable Person of Our Lord Jesus Christ. In the process, we will see how our assessment corresponds with Holy Scripture. Thus our meditation is of a philosophical order tested by the Divine Word–a proper and logical approach to our mission.

The make-up of man

To analyze man’s moral and psychological physiognomy, we must take into account his manner of thinking, his moral quality, and his daily life. Reflecting on a man from these perspectives, we will be able to form an idea of his person.

To determine a man’s mode of thought, we must consider his profession, since men generally exercise a profession suited to their mentality. Indeed, the relationship between a man and his profession is akin to marriage. 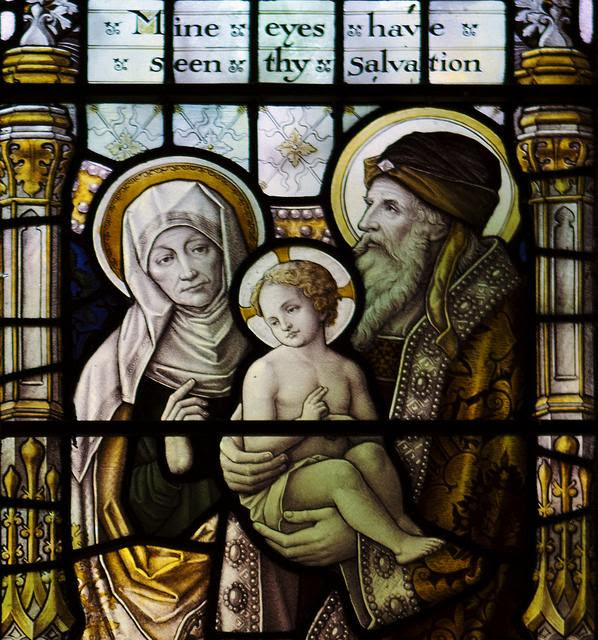 Stained glass window of Anna and the High Priest with Our Lord. Photo taken at St. Oswalds Church, Grasmere, England by john.purvis.

Before a man embarks on a career, he has the basic aptitude and qualities it requires. Later, through practicing his profession, these skills are developed and refined.Thus a soldier, a diplomat, a doctor, and a priest, in discharging the duties demanded by their calling, acquire characteristics that distinguish them from others of different vocations. By reflecting the characteristics of his profession, the practitioner becomes exceptional, so distinct, in fact, that by discovering his profession we can determine his cast of mind.

During His life in this world, Our Lord exercised aspects of all professions fit for man–from the highest to the lowest. To even begin to appreciate the perfection of His Person, we would have to imagine the archetype of every licit profession known to man. Consider Christ as king. In biblical days, a king held the highest office. Had not Israel even demanded that God give them a king so that they might be like other nations? As Prince of the House of David and Heir to the throne of Israel, Jesus possessed the nobility and grandeur proper to His state. As He entered Jerusalem in triumph that first Palm Sunday, it did not lessen His majesty that He rode in humility on the back of a donkey. To the contrary, the Gospels recount that the people acclaimed Him enthusiastically, sensing His royal grandeur without the prompts of pageantry. 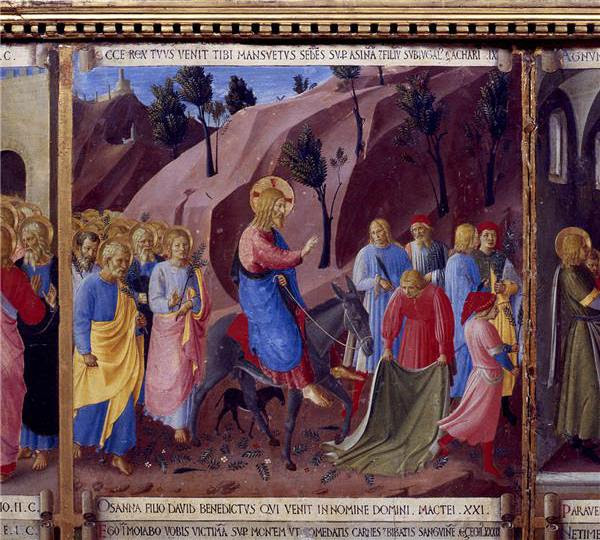 The triumphal entry of Jesus into Jerusalem

Because His life was one of constant and unremitting struggle, Our Lord was also a warrior, a man of battle. Not only did Jesus defeat and drive out demons, He forcefully confronted the human allies of the Prince of Darkness. Even after He was betrayed into the hands of His adversaries, He humiliated them when, on being asked if He was Jesus of Nazareth, He answered simply, “Ego sum.” With these two words Christ cast His antagonists to the ground. What a magnificent warrior: hurling His enemies on their faces with but a simple affirmation!

Our Lord personified the fulfillment of the Sacrament of Holy Orders. He was Priest and Pontiff par excellence. The priests of the Old Testament prefigured His priesthood, and every priest thereafter would share His priesthood as an alter Christus. On Holy Thursday, Christ was the Priest and Victim of the first Mass, which prefigured His sacrificial offering on the altar of the cross.

Our Lord was a perfect diplomat during His public life. Consider how intelligently He thwarted the machinations of the Sanhedrin: here avoiding confrontation with circumspect and artful speech, there mastering it with impeccably judicious rejoinders. Recall the Gospel account of how they sought to trap Jesus by asking Him whether it was lawful for the Jews to pay taxes to the Romans. Christ not only avoided giving His opinion on an issue He chose not to address but dumfounded His enemies with His reply.

And what lawyer could approach the divine Advocate? Reflect for a moment on His goodness and mercy in defending the souls of sinners, understanding attenuating circumstances and the points whereby a person’s defense should be made. No one ever took up the cause of the accused, of sinners, of the poor–of anyone in need of a lawyer–as did Our Lord. 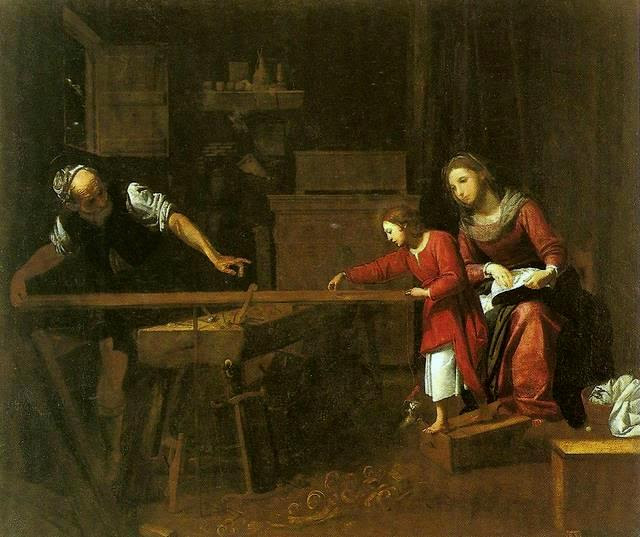 Consider Christ as one who works with his hands, as does a manual laborer. Unthinkable? Have we forgotten the carpenter shop in Nazareth where Jesus worked under the watchful eye of His foster father Saint Joseph?

Christ was a servant, though few kings have washed the feet of their subjects. “But I am in the midst of you, as he that serveth” (Luke 22:27), Our Lord declared, showing how we should live as His disciples.

In sum, were we to list every licit human endeavor, we would find that, in some manner, Christ exercised each with perfection beyond our comprehension. Few men achieve perfection in their chosen profession, rare geniuses in more than one, but only the God-Man in all.

Pattern of all peoples

As the perfection and pattern of the human race, Our Lord embodies all the gifts with which His Father has endowed all the peoples of the earth–the French with their precision, clarity, and spirit; the Germans with their vigor, profundity, and sense of the sublime; the Italians with their gift of theology, subtlety, and diplomacy. 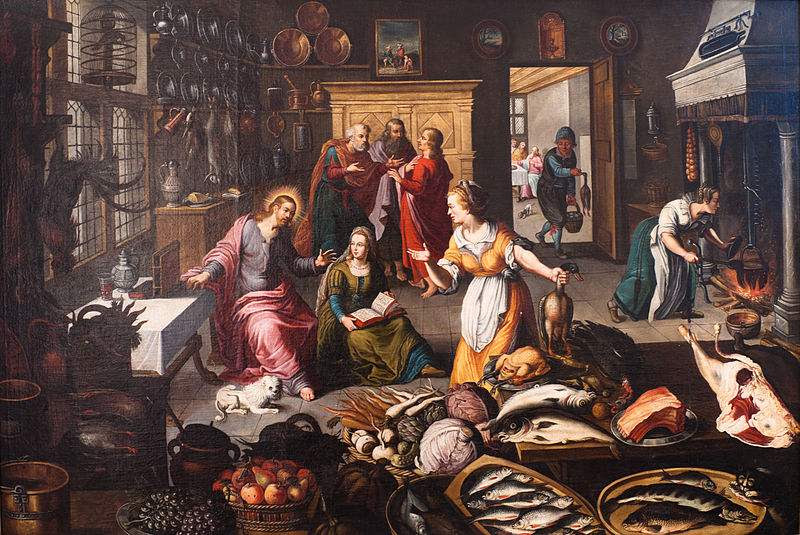 Experience teaches us that God has blessed each people with gifts particular to themselves, and to the degree they embody the spirit characteristic of their culture, they do not reflect that which distinguishes another. One who possesses the delicate and light spirit of the French, for example, is not apt to display simultaneously the vigorous and combative spirit that marks the German.

Our Lord, as we have noted, is the exception to the rule, since as Ruler and Model of mankind, He unites in Himself the gifts and characteristics of every people. Thus at the same time He exemplifies the charm of the French and the strength of the German to an unimaginable degree. And so it is with the best of every race, of every culture, and of every land.

Moved by the Messias

By reflecting on the fact that Our Lord in His Person reconciles all professions and all peoples, we should get some idea of how His contemporaries must have been struck by His superiority, so clearly recorded in Holy Scripture.

Those who followed Christ were rapt in wonder at the outpouring of His resplendently divine gifts. So moved were the multitudes following Jesus that they forgot themselves in His presence. Recall the Gospel account of how the crowds that followed Our Lord into the desert were so satiated by His presence that they neglected to bring anything to eat. Of course, in His infinite goodness–and power–Christ fed the thousands with but a handful of loaves and fishes. 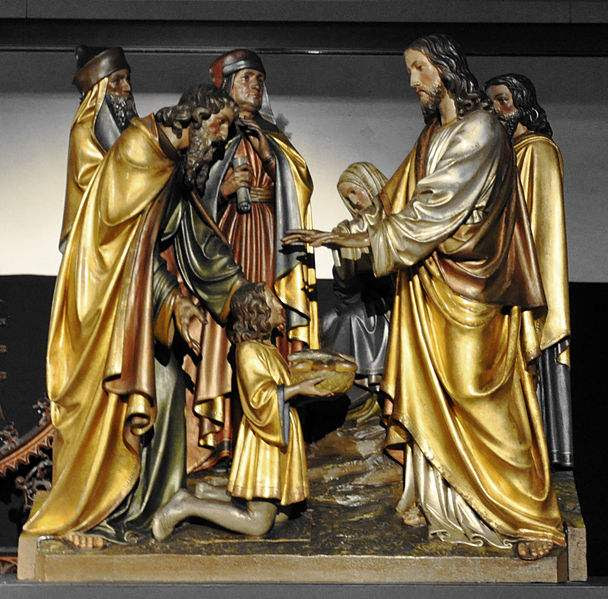 This could not have transpired in a merely natural way. Since Our Lord was the God-Man, above the intellectual perfection of His human nature was the union that His human nature had with the Second Person of the Blessed Trinity. From this union flowed a cascade of utterly radiant supernatural gifts.

In Jesus’ presence, people sensed something mysterious and entirely beyond their understanding, which they came to realize was His divinity. They saw at last what Saint Peter professed in reply to His question “But whom do you say that I am?”—“Thou art Christ the Son of the Living God” (Matt. 16:15-17).

According to Catholic theology, for the same reason that each one of us feels withing himself a tendency towards a specific sin—usually referred to as capital sin—in he contrary sense, each soul is called to reflect a specific aspect of God by especially shining in the practice of a specific virtue. This has been referred to as the person’s “primordial light.” Thus we may conjecture that as one advances in sanctity, his primordial light becomes more evident. Were we to correspond faithfully to every grace that Christ gives, His light would radiate through our poor selves. 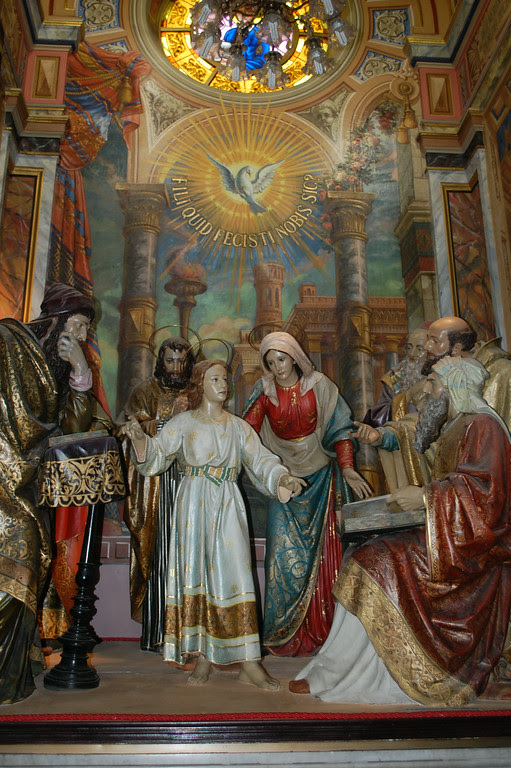 Finding Our Lord in the Temple

One person tends to be charitable, another loyal, another obedient, and yet another serious and responsible. One is inspired by all that is pure and sublime, another by the severe and austere. One has such a love for our Blessed Mother that he cannot hear her name mentioned without feeling every string of his heart stir. Another is particularly touched by all that surrounds the birth of the Child Jesus, yet another by Our Lord’s Passion. All souls are called to practice all virtues, but a particular virtue shines before each in a primordial, a first light.

Imagine Saint Louis Gonzaga, the personification of purity, and emulate his angelic chastity. Consider Saint Louis, King of France, the embodiment of honor, with uprightness and sincerity written in each line of his noble face. Reflect on Saint Vincent de Paul, an emissary of divine charity, who walked the back streets of Paris rescuing abandoned babies and carrying them in the huge pockets of his cassock to their new homes. Recall Saint Francis of Assisi, who courted Lady Poverty throughout his life, or Saint John the Baptist, who embodied the rigors of God’s call to repentance and penance.

As every virtue reflects its divine Author, Saint Thomas concludes that Christ is the perfect expression of all the primordial lights that were, are, and will be. To that we may add that every saint is nothing more–nor less–than a small spark of the perfection of Our Lord, an inestimable honor indeed. 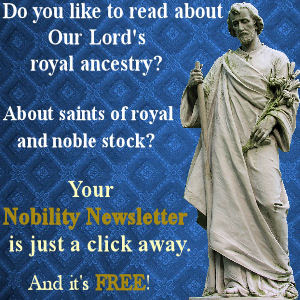