10 Reasons Why Abortion is Evil

Since the legalization of abortion in 1973, over 42 million unborn children have been killed, more than the entire population of Spain. 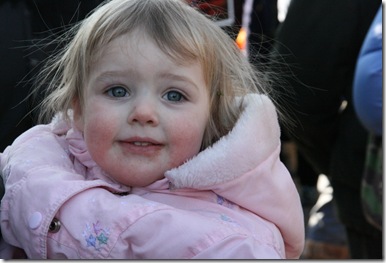 Today abortion kills 1 baby every 20 seconds.  That means by the time you finish reading this article, more than 30 innocent lives will be lost.  God’s plan for them will be mercilessly ruined.

You cannot remain indifferent or idle before such immense human slaughter. Now is the time to act. The pro-life movement is gaining momentum. Many abortion clinics are closing their doors because of peaceful protests.

Here are ten compelling reasons why abortion is evil and must be opposed:

1. Abortion Offends God
Abortion is never a mere personal choice but a grave offense against God and His creation. The anti-abortion struggle has always been a religious battle and foremost in its ranks have been Catholics across the country. This is because Church teaching on abortion is clear and unequivocal: Abortion is murder. There are no exceptions allowed, no compromises possible.

2. The Unnoticed War
The continuing war on terror has lead to a renewed national consciousness of the high price of war, and, for many, a heightened desire for peace. Yet, despite all this concern, the most horrible war of all has gone all but unnoticed. This is a war going on within our own borders, and it has claimed 42 million American lives in the last 35 years.

This scourge is as horrible as anything terrorists can fathom, because it strikes at the very core of humanity and our country: the family. By destroying the most basic human bond of all—that between mother and child—abortion dissolves the precious glue that binds our nation together.

While mother and child are the first victims, there is not a single element of society that is not affected by abortion. Mother, child, father, husband, aunt, uncle, friend, sibling and grandparent alike suffer the scars of the abortionist’s scalpel. Peace abroad is meaningless without peace at home.

3. Life starts at the moment of conception
This is the definition given in any respectable medical textbook. To declare a beginning of life at any point after the fusing of a wife’s egg and a husband’s contribution is irrational and an exercise in sophistical chicanery. Only machines such as clocks and cars come into existence part by part. Living beings come into existence all at once and gradually unfold their world of innate potential. A living human begins to exist at the moment of conception, even though only as a cell. What is important is not the accident of size or weight but the essence – which is fully human. The unborn baby has a distinct, unchanging and unrepeatable genetic code, unique in all of history, from the moment of conception till death. Nothing is added except nutrition and oxygen.1

4. Mankind must protect life whenever possible
The first and foremost instinct of humans is preservation of life. This begins with self-preservation, and extends to all humanity through domestic bonds and realization of a like nature. "Pregnancy termination" stops the beating heart of a growing human being and is in direct contradiction to this most basic premise of human nature. It forsakes natural law, and has left America as a country unable to repopulate itself without the aid of mass immigration.

5. Abortion is an unsafe procedure
Compared with other medical procedures, the abortion industry is largely unregulated. Although there are no exact statistics for the number of women who die from botched procedures, LifeDynamics.com compiled a list of 347 women killed by legal abortions since 1973.2 Furthermore, the National Cancer Institute commissioned a study lead by Dr. Janet Daling, an abortion supporter, and her colleagues at the Fred Hutchinson Cancer Research Center which found a link between abortion and cancer: "among women who had been pregnant at least once, the risk of breast cancer in those who had experienced an induced abortion was 50% higher than among other women."

The Coalition on Abortion/Breast Cancer reports: "28 out of 37 worldwide studies have independently linked induced abortion with breast cancer. Thirteen out of fifteen studies conducted on American women report increased risk. Seventeen studies are statistically significant, sixteen of which found increased risk. Most of the studies have been conducted by abortion supporters." 3

6. Embryonic stem-cell and human cloning research: a biogenetic Tower of Babel
In a cynical but logical progression, the culture of death is now bent on engendering human life so as to destroy it. Its new frontier is embryonic stem-cell and human cloning research. In the name of science and health, human life is destroyed at its very inception and "limited" cloning is used to produce usable cells that can be manipulated and harvested to aid the living.

In short, the remaining ethical barriers that preserve human dignity and God's rights in Creation are steadily coming down. The biotech revolution has as its avowed goal not just curing disease but the construction of a "brave new world" of genetic engineering, changing the very makeup and design of man himself. We cannot permit the completion of this challenge to God, a new Tower of Babel, which will be like another Pandora's box, unleashing untold ethical and moral havoc on our nation.

7. Breaking the abortion cycle
Abortion is a sin that perpetuates evil. The abortion mentality destroys the family by making it more difficult for new Americans who survive beyond the womb to find the family welded together by the indissoluble bond of marriage solely between a man and a woman. Children need families that will nurture them, guard their innocence and develop their personalities.

In particular, all children must find within their homes the Faith that enables them to know, love and serve God in this world and be happy with Him forever in the next. As long as the traditional family remains in crisis, we will never sever the power lines that supply the abortion mills. As long as the Faith remains dead in souls, we will never wipe out the moral rot of sexual immorality, which is the contaminated soil where the abortion movement grows and flourishes.

8. Roe v. Wade: 35 Years of Lies
The 37th anniversary of the Supreme Court’s infamous Roe v. Wade decision legalizing abortion-on-demand calls to mind the biggest pack of lies ever set in motion - lies that have cost the lives of more than 42 million innocent babies cruelly torn from their mothers' wombs. How can such slaughter, numerically on par with Hitler's Germany or Stalin’s Russia, be tolerated by the present United States of America, a republic purportedly based on moral values and human rights?

9. Addressing an abortionist
Once you were an enchanting child, as all babies are. Today you are an abortionist, a killer of babies. Do you not regret your wicked deeds? Do you not see the innocent blood of our children that stains your hands and cries out to God? Have you no shame as did our first parents when they sinned against God?

Why do you not turn to Him today, seek His forgiveness and His strength never again to murder the innocent? Would you not rather bring children into the world than destroy them? Children you could raise with respect for life to take the place of those you robbed from God?

10. The dangerous slippery slope
Yesterday it was contraception. Today it's abortion, the murder of unborn children, and same-sex "marriage." Will it be widespread euthanasia tomorrow? Then what...? Once abortion is universally accepted, what logical arguments will stop euthanasia and other forms of murder and brutality?

Note: Geoffrey Mull and James Bascom contributed to this article.